While looking for investment assets, every investor looks for growth as well as return. Growth generally means creating value in terms of money and earning the trust of investors. In this article, we will be discussing about some growth stocks, which have established their business very efficiently in the past years and have posted lucrative results.

Let us have a look at five such stocks with their recent updates below:

BINGO Industries Limited (ASX: BIN) provides solutions related to waste management for commercial and domestic businesses. It also operates state of the art recycling centres as well as is involved in the manufacturing of bins.

The company has recently appointed a new board Director, Elizabeth Crouch AM, who has previously served many ASX-listed and private companies, non-government organisations, not-for-profit organisations and state-owned corporations.

As per the release dated 25th September 2019, the company updated the market about its Banksmeadow facility:

The company has recently published a release, wherein it communicated about its operational and financial performance for the 12 months ended 30th June 2019:

Austal Limited (ASX: ASB) is in the business of designing, manufacturing as well as supporting high performance vessels for commercial and defence customers globally. The company recently announced that it will be conducting its Annual General Meeting (AGM) of shareholders on 1st November 2019. As per the release dated 2nd October 2019, ASB update the market with the issue price of $4.19 per share for the shares which are to be allocated under its Dividend Reinvestment Plan.

A Look Back at Financial Year 2019

A Look back at Financial Year 2019

The company on 20th August 2019 updated the market with its results for the financial year ended 30th June 2019. Take a look at the key highlights of the report below: 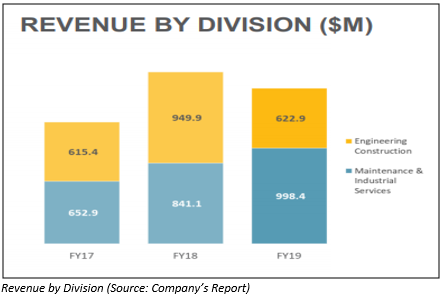 McMillan Shakespeare Limited (ASX: MMS) is engaged in the provisioning of asset management, salary packaging, novated leasing and related financial services and products. Through a release dated 1st October 2019, the company updated the market with regard to the basis of computation of the Tax Market Value for the Off-Market Buy-Back. The Off-Market Buy Back Booklet highlighted that the company would not keep the Buy-Back Price at a level higher than the Tax Market Value. It further stated that the Tax Market Value is the price used by the Australian Taxation Office to determine the estimated market value of the company’s shares when the Buy-Back takes place. 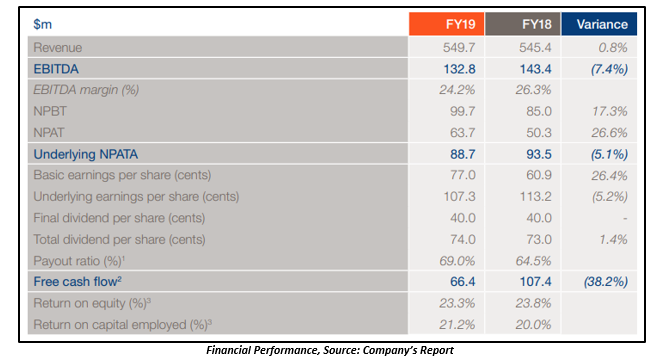 Virgin Australia Holdings Limited (ASX: VAH) is into the operation of a domestic and international passenger as well as into the cargo airline business.

The company has recently announced that it will be conducting its 2019 Annual General Meeting on 6th November 2019 and the following will be the key business items: 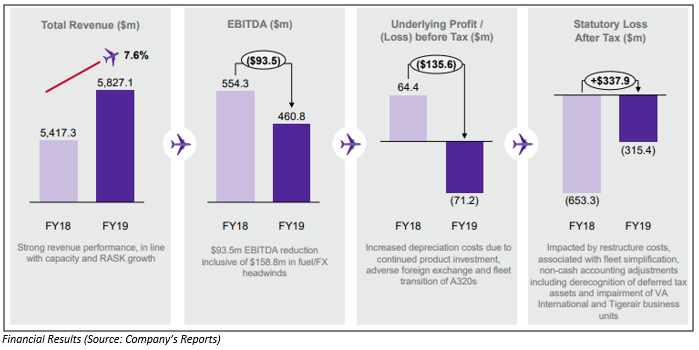 When it comes to the performance of the stock, Virgin Australia Holdings Limited’s stocks traded at a price of $0.165 per share with a rise of 3.125% on 4th October 2019. It has produced a negative return of 13.51% in the time frame of six months.

CLICK HERE FOR YOUR FREE REPORT!
Tags:
ASX: MMS Virgin Australia Holdings Limited (ASX: VAH) ASX: MND ASX: BIN ASX: ASB
All pictures are copyright to their respective owner(s).Kalkinemedia.com does not claim ownership of any of the pictures displayed on this website unless stated otherwise. Some of the images used on this website are taken from the web and are believed to be in public domain. We have used reasonable efforts to accredit the source (public domain/CC0 status) to where it was found and indicated it below the image.