Graphite and related stocks on ASX: Syrah and NOVONIX

Graphite, the predecessor to the diamond in genesis, is one of the hottest strategic critical minerals of the decade. The versatility of the commodity can be judged from the fact that it is present in pencils to electric cars and even in the nuclear power plants.

Graphite is a sheet-like mineral, known for its lightweight and conductivity. In fact, along with a few other minerals such as nickel, cobalt to name a few, it is known as the mineral of the future.

The mineral is not traded on the commodity exchange but is negotiated between parties involved. The pricing of the graphite product relies on the carbon percentage, flake size and the purity of the product. Graphite applications depend on the type of graphite used.

The pricing of the product could rely on the type of product and could vary from $1,000 to $12,000 a tonne depending on the product. The extremely high values are mostly accounting to the polished graphite anode refined material for battery purposes. 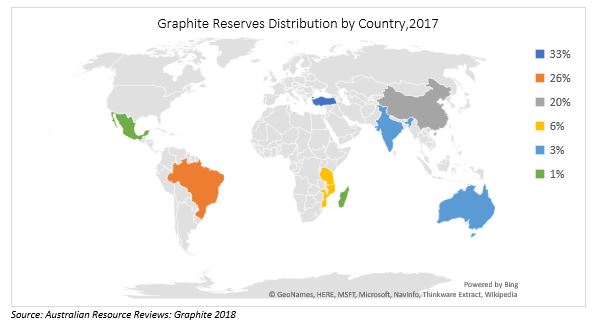 Countries like India have removed the anti-dumping duty, while both China and India have imposed a 20% export duty, therefore, limiting the supply of graphite in the market. China controls almost three-fourth of the world’s production. The country has also shut down many small and old mines on account of environmental violations.

Also, the closure of mines would reduce supplies in the years to come, which would experience greater demand. The demand for graphite for steel making would mostly remain stagnant, but the market for battery anode will grow in double digits for the few years to come. In such a situation, the Syrah Resources owned Balama mine will emerge as the winner. The junior and non-junior mining companies have also started developing graphite anodes either by themselves or through collaboration with others. The graphite market is likely to see more vertical integration from its miners and consolidation to form bigger groups with much large war chest for the battery pack sector.

The announcement of the production of first purified spherical graphite on November 4, led the company’s stock prices to peak to $ 047 per share. After that, the company prices showed two other peaks at $0.51 a share due to the investment and exit by Credit Suisse on 11th and 14th November respectively. The company’s share prices declined later to reach a 5-year low of $0.35 on November 29th. On 13 December 2019, SYR was trading at $0.467, moving up by 6.136% (at AEST 2:40 PM).

Since then, the company’s share prices have increased even though roughly 17% of the outstanding shares were shorted but the expression of confidence in the company from Australia Super which owns almost 16% of the company and lent the miner during the bad times. This support from Australia’s largest superannuation fund provided support and protection from the market sentiments.

The operational issues and weak graphite prices have led the stock to plummet to the lowest point. It is astonishing to see the recent volatility in the share prices without any updates from the company.

In response to dismal quarterly performance (for the three months period ended 30 September 2019) and the guidance for the next quarter, the company remains committed to the Balama graphite mine and the Vidalia Graphite Battery Anode production facility. The decline in production occurred due to the big slide in the graphite prices. In these adverse times, Syrah intends to scale back the production in future and wait for the market conditions to recover.

One of the representatives of AustralainSuper stated that Balama is one of the most futuristic investment of the fund. They see the Balama asset to develop to be among the world’s largest, technically equipped and low-cost graphite mines. The company intends to reduce the 2020 production by 20-25%, achieving production of 120-150 kilo tonnes per year as compared to the installed capacity of 350 kilo tonnes a year.

The Balama graphite mine, located in Mozambique holds one of the largest graphite reserves. It might emerge as the trump card once the market conditions improve, and the mine reaches its nameplate capacity. The $130 billion AustralianSuper has continuously increased the stake in the company and would help the company sail through the company’s bad times. 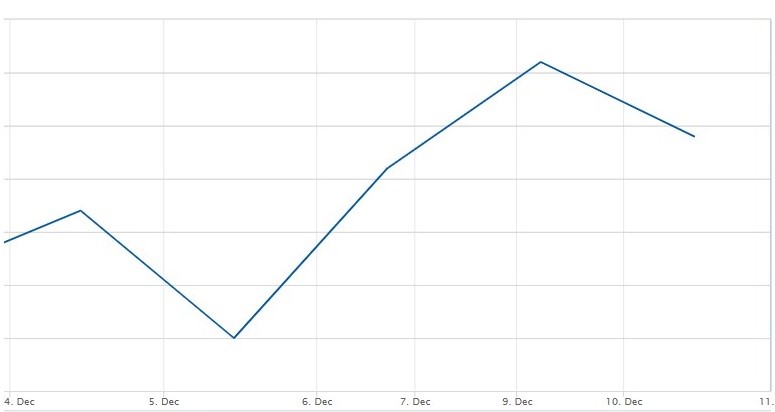 NVX on December 9th reported the signing of a conditional supply agreement with Samsung SDI for Li-ion battery anode material. The two partners also plan to pursue R&D together to further work on the graphite-based anode and optimise it. This collaboration records the maiden sale of the newly launched “PUREgraphite anode”. The arrangement during the first phase would include a 6-month long technical evaluation of the PUREgraphite Anode. And then move to a long-term supply.

NVX would be providing Samsung SDI with an initial supply of 500 tonnes in the year 2020, which aligns perfectly to the NVX’ s current annual capacity for the anode, with the first delivery to commence in October 2020.

However, the parties haven’t confirmed the prices, but the media reports suggest them to be competitive. The company owns a plant in Tennessee where it would produce the graphite anode. Samsung is already working with more than 30 companies on EV battery packs with the first vehicle already running on the road. The Fiat 500e, BMW’s i3 electric vehicle and BMW i8 plug-in electric vehicle are all powered by Samsung SDI batteries.

With NVX taking a portion of the anode market, the possibilities are endless with the growth of electric vehicles. The future for the share prices for NVX would remain strong as it would start the commercial production of the PUREgraphite anode in the October-December period, generating a steady cash flow for a long time.