Changes in Pot Stocks landscape- Are Cann Group and MGC Pharmaceutical back on track?

Cannabis space is evolving at a rapid pace with Cannabis legalisation changing the landscape across the globe. Cannabis industry is gaining investors attention despite economic pressures, market recklessness and strong competition. Cannabis has been legalised in more than 50 countries around the world, to be used for medicinal purpose, while 6 countries including Canada, South Africa, Uruguay, Georgia, Guam, and the Northern Mariana Islands have legalised it for personal or recreational use.

As per the Global Cannabis Report, the global legal cannabis market is estimated to value up to US$103.9 billion by 2024, largely driven by the flourishing international medicinal cannabis market, worth a potential US$62.7 billion.

In the U.S., medicinal cannabis has been given a green signal with 11 of these states permitting cannabis consumption in adults and/or retail sales. Recently, U.S. House Judiciary Committee passed a bill that legalises cannabis on the federal level to eliminate cannabis from schedule 1 under the Act of controlled substances. However, Cannabis industry is under speculations and came under pressure, on account of rising deaths from consuming vaping, that has now reached 42 so far on 2019, according to few media reports.

Meanwhile, in October 2018, Canada became the first industrialized country to legalise recreational cannabis. The cannabis revenue has tripled from $3.4 billion in 2014 to $10.9 billion in 2018, North America “going green” played a major role in this.

Australia’s Cannabis Sector is perhaps the most rapidly growing medicinal cannabis market worldwide. In Australia Cannabis was legalised in February 2016. In September 2019, the Australian Capital Canberra became Australia’s first city to legalise the cannabis recreational possession and cultivation. Moreover, it was reported that over 7,700 approvals have been granted till May 2019, since the Australian Government have legalised cannabis for medicinal usage and the Cannabis industry is expected to grow to a net value of ~$55 million by 2025 end. 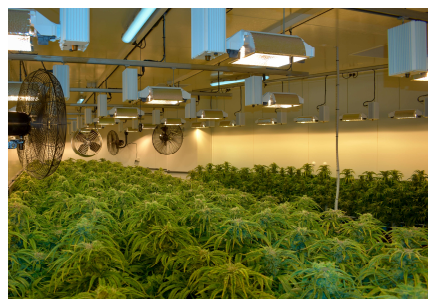 The variations could be related to CAN’s of late market announcements regarding the Annual General Meeting results, ASX price query and the recent revised staged construction of Mildura facility.

On 29 November 2019, CAN released a presentation on AGM conducted at 11:00 AM wherein, it was mentioned that CAN is fully integrated & globally competitive medicinal cannabis company. Also, it has key building blocks in place, and proven cultivation and production model. Can has experienced pharmaceutical partner with product validation underway, along with both local and imported products to be launched. It also has regulatory approvals and a developing domestic and export market.

In the recent announcement, Cann Group Limited provided its response in relation to the ASX’s query dated 25 November 2019 with regards to the change in the price of the Company’s securities from an intraday of $0.73 to a low of $0.43 and the increase in the volume of trading of securities.

In response to the questions on whether Cann Group is aware of any information that has not been updated to the market by the company, that can explain the recent trading in its securities, the company informed that it has not issued any earnings guidance, nor is it aware of any analyst coverage, either of which would come as a surprise to the market for the specified period. Cann Group is also not aware of any other explanation for the recent trading in its securities.

Prior to this, in an announcement dated 21 November 2019, Cann Group Limited updated the market about the revised stage approach of its Mildura production facilities. It was informed, that earlier the company was planning to complete the construction of its new medicinal cannabis production facilities near Mildura in a single stage giving it a total capacity of 70,000 kgs of cannabis flower at an estimated project cost of $184 million, with commissioning planned in 2020. It was anticipated that based on cannabis dry flower, the Mildura facility would generate annual revenues of ~$220 m to $280 m. However, in order to closely match its production capacity with the expected growth in demand for medicinal cannabis, Cann Group planned to stage the commissioning of the Mildura facility over time. This facility will now be built in three phases with first phase production be ~25k kilograms.

Cann Group would continue to concentrate on the construction of its Mildura facility, also would remain focused on establishing third party GMP product manufacturing capacity with IDT, which would allow value-added formulations to be produced and supplied to Australian patients as well as to Aurora, under the terms and conditions of the offtake agreement with that entity. Cann also intends to remain focused on its commercialisation approach and plans to deliver products to the Australian patients as well as involvement in clinical studies.

A European Based bio-pharma company that supplies phytocannabinoid derived medicines to patients across the globe, MGC Pharmaceuticals Limited (ASX: MXC) has a robust product portfolio that targets 3 prevalent medical conditions namely- epilepsy, dementia and IBS. The company has additional products in the development pipeline.

In an announcement dated 26 November 2019, MXC updated the market regarding the momentum gained in the business verified by the ongoing growth in the number of prescribed standardised, affordable cannabinoid medicines by over 40% from 1,000 since the end of October 2019 to surpass 1,400 mark as at 25 November 2019 in Australia, the United Kingdom and recently Brazil through MGC Pharma’s distributor ONIX Empreendimentos. This validates MXC’s strengthening position in each market and further showing the near-term revenue creating potential of MXC.

It was further informed that an increase in number of return patients seems to contribute to this prescription growth rate. A 28% increase in unique patient numbers in the period since 31 October 2019 was seen with an average 22 prescription orders per business day at present.

Additionally, the Company updated that CannEpil® and MXP100, are the 2 patented pharmaceutical products being developed by the Company within its R&D division and advanced through to commercialisation, in accordance with the Company’s ‘Seed to Medicine’ strategy, the company would retain all the intellectual property over each stage of the product’s development process, including from the genetics to finished pharma grade product.

Outlook: MGC pharma aims to remain engaged diligently with its selected distributors to onboard additional clinics. In addition to it, the company is also bringing independent medical professionals, in each region focusing to enhance access of patients to medicines derived from phytocannabinoid derived medicines within the appropriate laws in each jurisdiction.