Cannabis Push from Western Australian Government – The Bigger and Better

Cannabis is a dynamic and rapidly growing sector with strong growth prospects. Countries like Canada, Germany, Norway, Thailand, Chile, Argentina, and Greece have legalised the use of medicinal cannabis, after recognizing its possible benefits in healing physical and mental illnesses. Australia had also joined forces in February 2016, and since then, Australia’s medicinal cannabis industry is burgeoning at a rapid rate catching tremendous attention from collaborators and investors. Various companies have become inclined towards manufacturing, production and export of cannabis products after the legalization for medicinal purpose. 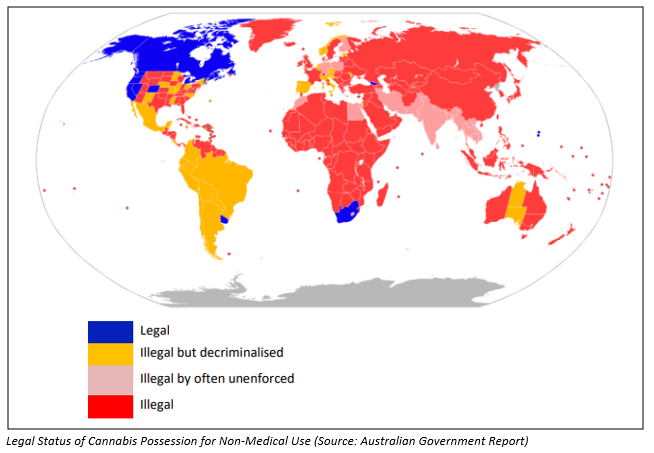 In Australia, the cultivation of cannabis received green signal under the Narcotic Drugs Amendment Act in 2016 allowing the cannabis manufacturers to apply for a license to legally grow cannabis for medicinal use within Australia, while the overseas export of cannabis was legalised by the Government in January 2018. 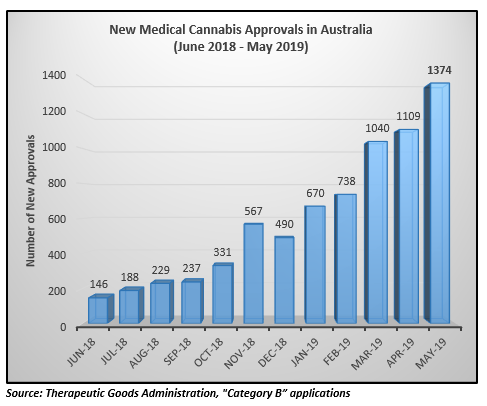 By the end of 2025, it is anticipated that Australian Cannabis Industry would grow to a net worth of approximately $55 million.

Most common medicinal use of cannabis includes reduction in the chronic pain and muscle spasm, cure of critical illnesses like AIDS, cancer, PTSD, depression, epilepsy and seizures. Meanwhile, many clinical trials are underway to explore more potential benefits of medicinal cannabis.

In September 2019, several changes were proposed and listed in Australian Parliament with regards to the licensing that regulates cannabis associated business.

Let us now have a look at Australia’s Leading ASX listed Cannabis Players.

Cann Groups’ outlook is to continue to focus on Mildura facility construction, to establish 3rd party GMP product manufacturing capacity with IDT, allowing production of value-added formulations to be supplied to Australian patients as well as to Aurora, under the offtake agreement with that entity. The company also intends to remain focused on its commercial strategy with intended product delivery to Australian patients and participation in clinical studies.

AusCann’s strategic outlook is to deploy its capital to a place delivering the best yields in a progressively competitive new industry. In addition, its proprietary pharmaceutical product development underpinned by clinical evidence, will drive its future growth as the company plans to build medical acceptance

Disclaimer This website is a service of Kalkine Media Pty. Ltd. A.C.N. 629 651 672. The website has been prepared for informational purposes only and is not intended to be used as a complete source of information on any particular company. Kalkine Media does not in any way endorse or recommend individuals, products or services that may be discussed on this site. Our publications are NOT a solicitation or recommendation to buy, sell or hold. We are neither licensed nor qualified to provide investment advice
All pictures are copyright to their respective owner(s).Kalkinemedia.com does not claim ownership of any of the pictures displayed on this website unless stated otherwise. Some of the images used on this website are taken from the web and are believed to be in public domain. We have used reasonable efforts to accredit the source (public domain/CC0 status) to where it was found and indicated it below the image.