Can the flagship growth projects push Woodside's stock price over the next ten years?

The Australian economy has drifted towards lower energy usage and higher energy productivity over time, as economic growth in Australia over recent decades has generally outpaced growth in energy consumption. The economy of Australia grew by 2.8 per cent in 2017-18 to reach approximately $1.8 trillion. The population of the country grew by 1.6 per cent to reach approximately 25.0 million people. Due to the increased population, the consumption of energy also rose by 0.9 per cent in 2017-2018. Most of the growth in energy usage is witnessed in the mining sector. Oil accounted for the largest share in the energy mix of Australia at 39 per cent in 2017-18, followed by coal and natural gas accounting 30 per cent and 25 per cent respectively. 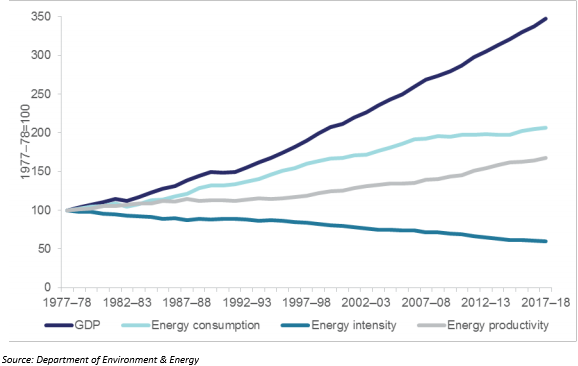 Woodside flagship projects such as Greater Enfield, Scarborough, Sangomar Phase 1, Myanmar A-6 etc, unveil the company’s future growth plans in the next ten years. These growth plans will double the company’s equity LNG production by 2027 and deliver significant benefits to shareholders and the broader community. The company’s Scarborough resource volume increased to 52 per cent which, could meet the increasing demand for the gas in Asia and beyond. Post completion of greater Enfield Project, WPL also achieved the pleasing performance from Ngujima-Yin FOSO with more than 2.5 million barrels of oil produced since restart of the facility. Woodside Petroleum has also signed an HOA with Uniper Global Commodities SE for the supply of Liquified Natural Gas (LNG) for a time frame of thirteen years from 2021. These projects act as a major driver for the company future growth in the next ten years.

Let’s go through the recent updates of Woodside Petroleum Limited from the Energy sector:

Woodside Petroleum Limited is a leading natural gas producer with a production of 6 per cent of global LNG supply. The company’s segments include Pluto Liquified Natural Gas, Northwest Shelf and Australia Oil.

On 19 November 2019, the company has released the investor briefing presentation for the FY 2019, key highlights from the presentation were as follows;

On 8 November 2019, the company has announced the dry gas volume for the Scarborough field has grown by 52 per cent from 7.3 Tcf to 11.1 Tcf. The company’s interest in Greater Scarborough comprises a 75-cent interest in WA-1-R and a 50 per cent interest in each of WA-61-R, WA-62-R and WA-63-R. The final decision of investment for the development of the project will be targeted in the first half of 2020. The project will be processed on a deep-water floating production unit and shipped through an approx. 430 Km Pipeline to a planned second LNG production train at the existing Pluto LNG facility in the Burrup Peninsula, Western Australia.

On 17 October 2019, the company has declared the third quarter results for the period ended 30 September 2019, a few highlights of results are as follows;

On 13 September 2019, the company had determined a share price for Dividend Reinvestment Plan for the 2019 interim dividend to be paid in respect of the period ended 30 June 2019 to be $31.3447. The price has been decided by the company in accordance with DRP rule. The shares have been issued to the participants of the DRP on 20 September 2019.