Energy players these days are facing increasing expectations from investors, customers and communities and increased focus on environmental performance. In early October, New Zealand government announced its decisions on the report of the Electricity Price Review panel, wherein, it acknowledged the benefits of the current competitive retail market but found room for improvement in energy hardship and consumer advocacy.

Australiaâs energy sector continues to undergo disruption, driven by technology change, an accelerating shift to renewables as well as due to increasing customer engagement. Customer choices are transforming the energy supply chain and energy consumers now have unprecedented opportunities to participate more actively in the sector.

In the light of the above-mentioned scenario, letâs look at the few energy players operating in New Zealand and Australia.

The company has revealed that during October month, the electricity demand in New Zealand was up 1.5% on October 2018, taking the cumulative 12 months demand from November 2018 to October 2019 to 41,503 GWh (Gigawatt hours). 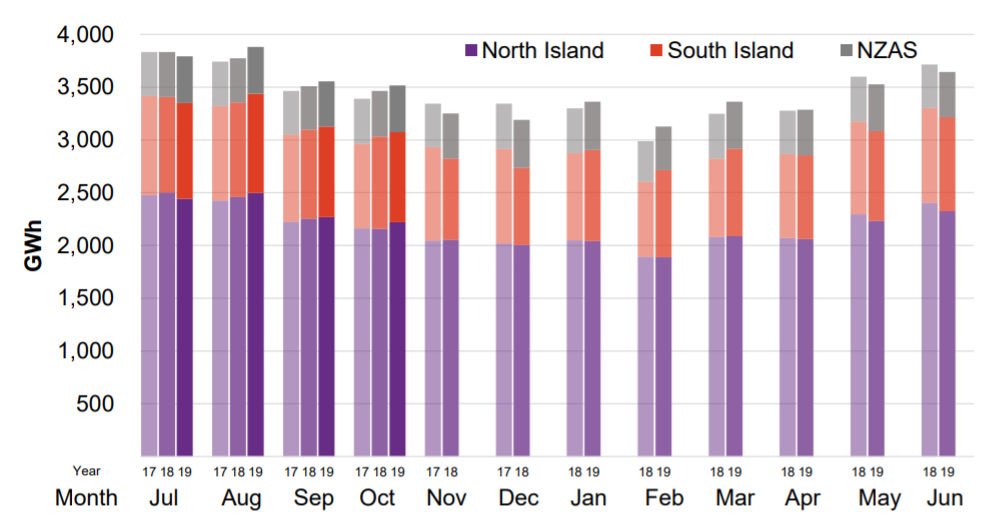 On the environmental front, the company is continuing to make reductions in its carbon emissions and is focused on helping its customers to do the same. The company recently became one of the first power companies in the world to have its carbon emissions targets verified by the Science Based Targets initiative (SBTi).

AusNet Services Limited (ASX: AST) owns several electricity distribution networks in Australia. The company recently reported its half year results for the period ended 30 September 2019, wherein, it announced that its financial performance during the half year was slightly down as compared to pcp, but was consistent with expectations, noting there are a number of one-off and pass-through items that have impacted the results.

AusNet Services is focused on running its networks efficiently and safely, whilst investing selectively in growth opportunities. The company believes that it is well poised to capitalise on the opportunities the energy transition presents and intends to deliver sustainable and growing returns to shareholders, through continued investment in regulated and contracted asset base, with an ongoing focus on cost management.

The company recently confirmed its distribution guidance for FY2019 of at least 15.0cps, subject to business conditions