Woodside all positive about the potential of the Scarborough gas resource

Oil and Gas companies (O&G) in Australia have been at the forefront of the industry’s efforts to deal with remoteness, risk, social pressure and inherent technical challenge. The country has a strong and stable economy, based largely around traditional primary industries such as Mineral, Petroleum, Resources and agriculture with low barriers to trade and investment. The country has free trade agreements with nations such as The United States, Thailand, Malaysia, Singapore and Chile.

Oil and Gas Sector - An Overview 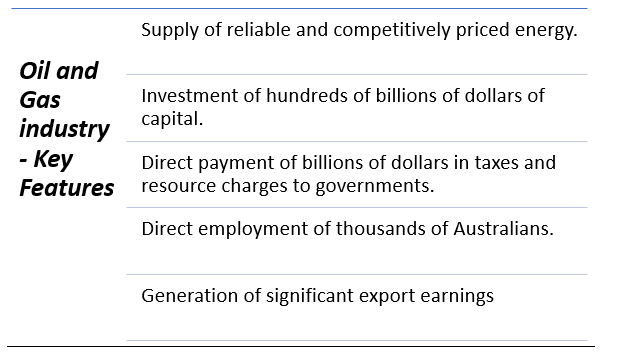 As per market experts, Australia seems to be well positioned to enhance its capability as the key supplier to surging growth in global LNG (liquefied natural gas) market. However, some believe that the relatively complex domestic regulatory framework, high-cost production combined coupled with current policy uncertainty pose key challenge to the nation to tap the booming market opportunity.

In this article, Let’s have a look at Woodside Petroleum Limited from the Energy sector and the recent updates.

On 8 November 2019, the company had made an announcement that the estimated gross contingent resource (2C) dry gas volume for the Scarborough field has increased to 11.1 trillion cubic feet, representing an increase of 52% from 7.3 trillion cubic feet.

On 17 October 2019, Woodside Petroleum announced the third quarter report for the period ended 30 September 2019. Few highlights of the financial results are as follows:

According to the company’s CEO, Peter Coleman, “The major growth projects are progressing well towards key decision points and the final investment decision for the Pyxis Hub Project, comprising the subsea tieback of the Pyxis, Pluto North and Xena 2 infill wells. The Scarborough continues as planned in support of FID targeted for H1 2020 and the company has signed a HOA with Uniper for the supply of LNG for a period of 13 years from 2021”.

For 2019 Interim dividend, the DRP price has been calculated by using a volume-weighted average price over ten trading days during the period from 29 August 2019 to 11 September 2019 inclusive. The concerned shares are expected to be issued to participants on 20 September 2019.

The below table shows the company’s dividend payment history over the period to their shareholders. 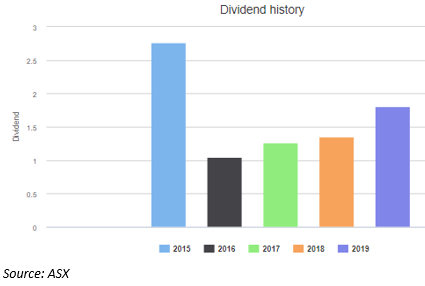