Are Zip Co and FlexiGroup Experiencing The US China Trade War Heat?

Financial technology companies or fintech companies use technology to provide their customers with efficient and better financial services.

Noticeably, most sectors have been tumbling of late, a major cause being the protracted trade war between the US and China, which has hampered China’s quarterly economic revenue growth and factory production.

Australia is China’s top trade partner and consequently, any impact on China’s economy would leave a mark on the Australian economy.

In China, the buy now and pay later services have become very popular. Over 90% of the population in China avails this service for making payments, with WeChat Pay or Alipay as their primary means of payment.

In this article, we would cover two fintech companies that provide the buy now and pay later services and have experienced an impact on their share price. 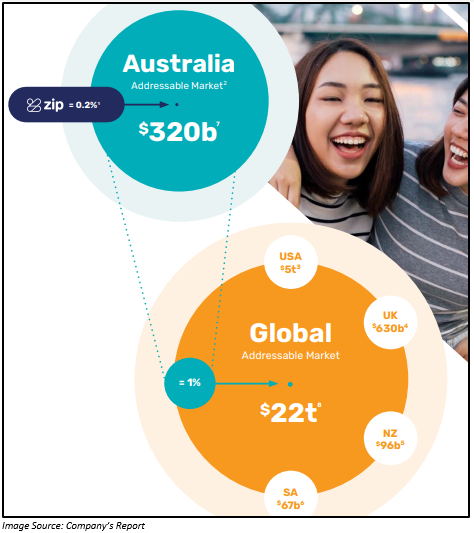 On 26 September 2019, FlexiGroup Limited announced that it had added several high-profile retailers to its Buy Now Pay Later platform, humm, registering strong growth in the key homeware, retail and health verticals. Across its key verticals in the first two months of FY2020, the company reported a soared volume growth of 85% as compared to the previous corresponding period.

Retailers are attracted to FXL’s unique offering, broader demographic and spending power of the platform. Since July 2019, 3,000 seller locations were added, and the total number of retail partners reached 18,000 by September 2019. The financial YTD overall transactions increased by 25% y-o-y, due to an increase in the purchase of Little Things (up to $2,000 which grew by 67%).

Merchants who have joined the humm platform are.

Post FY2019, the company has taken several initiatives to expand the reach of FlexiGroup into the new market segment. The first is bundll (an extension to the Buy Now Pay Later offering), second is cartt, and the third is wiired (Product designed for the Small and Medium Enterprises).

As highlighted in the Annual Report, Zip Co has started building its global presence, and since 2018, it has progressed towards its mission to be a lucrative payment choice.

Along with various retailers (majorly from Australia) associated to the humm platform of FlexiGroup, the presence of the company’s offerings in Australia is on a growth trajectory.

Based on the growing popularity of the buy now pay later services, there could be huge scope for these companies in China, though the trade war might pose adverse repercussions.