The Australian media and advertising industries have evolved significantly over the years with the disruptive technologies coming into play. The adoption of technology like IoT has propelled the growth of these industries in Australia by offering innovative experiences to consumers and businesses while generating profitable growth.

According to recent media news, few media companies operating in Australia have come together to develop a new joint platform, which shall enable media agencies to buy advertising across commercial television in one place. If the source is to be believed, Nine Entertainment Co. Holdings Limited, Seven West Media Limited, Network Ten, Foxtel and SBS Media have put together their common interest to develop the platform.

In addition to this, the ever-increasing appetite for content and services has driven extraordinary progress over the past few years. The growing media industry carries numerous prospects for the companies as well as the investors.

In light of the anticipated potential of the media and advertising industry of Australia, let us look at a few ASX-listed stocks from the industry that are currently in the news.

As an integrated media company, Seven West Media Limited (ASX: SWM) is currently focusing on increasing its presence felt in the further delivery of its both video and publishing content apart from its digital broadcast channels and throughout a range of platforms.

According to SWMâs reports, Seven is growing its presence in global content production with the establishment of new worldwide production entities while generating additional content than at any time in its history.

The company recently made two major strategic announcements that include:

We would discuss Redwave Mediaâs proposed acquisition later in the article. Letâs learn more about the merger of SWM with Prime Media Group Limited now.

Under the binding Scheme Implementation Deed between Seven West Media Limited and Prime Media Group Limited, it is proposed that SWM shall acquire all the shares issued by way of a scheme of arrangement of Prime Media. 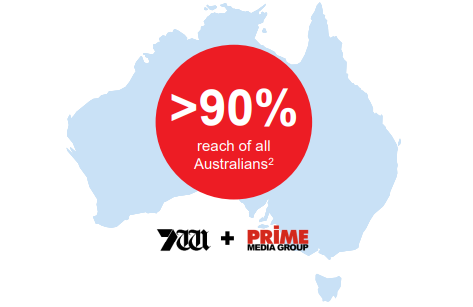 The expected benefits of the merger for SWM are as follows:

NEC lays emphasis on creating the best content across television and radio, convenient for its consumers to access when and how they want while giving shared experiences to audiences.

NEC recently announced the closure of the offer period and compulsory acquisition of shares in Macquarie Media Limited (MRN). The offer was made by NECâs subsidiary, Fairfax Media Limited (Nine Bidder), in respect of all the fully paid ordinary shares in MRN.

As a subsidiary of Southern Cross Austereo Services Pty. Ltd (SCA), Southern Cross Media Group Limited (ASX: SXL) is among Australiaâs leading media companies. The company owns several assets including radio, television and digital assets, which facilitate the penetration into more than 95% of the Australian population.

Above 8.9% ROI from Redwave Media Acquisition for SXL

Recently, SXL put forward a proposal to acquire Seven West Media Group Limitedâs Redwave Media, subject to regulatory approvals from the Australian Communications and Media Authority (ACMA) and the Australian Competition and Consumer Commission (ACCC) with regards to the proposed acquisition of the Spirit 621 licence in Southwest/Bunbury.

Upon completion of the transaction to acquire Redwave Media (comprising of Red FM and Spirit AM with licences in various Australian regions), $28 million shall be payable in cash signifying an FY19 EBITDA multiple of eight times.

In addition to this, it is expected that the acquisition shall be generating a return on invested capital above Southern Crossâs hurdle rate of 8.9%.

As a leading operator in Australia and New Zealandâs forward moving, Out of Home advertising industry, oOh!Media Ltd (ASX: OML) strives to endure the implementation of its end to end digital strategy. The digital strategy of OML comprises of the sustained roll-out of its data analytics platform anticipated to deliver long term significant revenue and earnings growth to maximise shareholder value creation.

Recently, the company notified the market on the hiring of Ms P. Kelly as OMLâs Director (Non-Executive).

OMLâs Chairman, Tony Faure, stated that the hiring of Ms P. Kelly established part of the OML Boardâs procedure to hire further NEDs that was pointed out at its AGM held in May this year.

Tags:
ASX: SXL ASX: SWM ASX: OML Australian Communications and Media Authority Media and Advertising Stocks Prime Media Group Limited
All pictures are copyright to their respective owner(s).Kalkinemedia.com does not claim ownership of any of the pictures displayed on this website unless stated otherwise. Some of the images used on this website are taken from the web and are believed to be in public domain. We have used reasonable efforts to accredit the source (public domain/CC0 status) to where it was found and indicated it below the image.