The federal Communications Minister Paul Fletcher released a statement on Monday morning saying that the Government would commit $9 million over the next four years to research the safety of 5G (Fifth Generation) wireless networks. The updated mobile network, set to overtake 4G in the coming years, has been dogged by rumours and speculation regarding its safety, though there is currently no evidence to suggest the cellular network is in any way harmful to humans. Though they may be unsubstantiated claims, the government is clearly taking them seriously, or at least taking seriously the damage they might do. The statement mentioned that the Government acknowledged that there have been a considerable community concerns in being assured that thorough safety standards were in place as new 5G mobile networks were being rolled out across Australia. 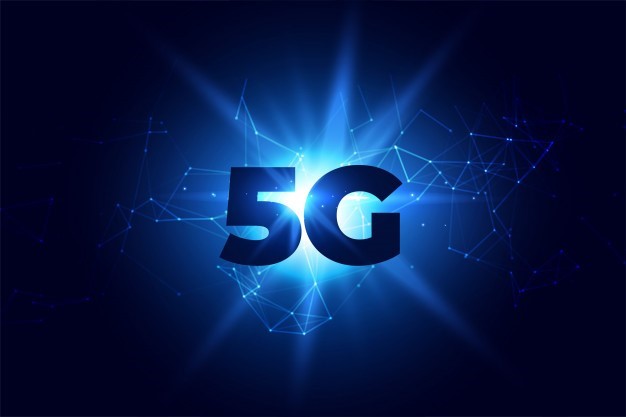 As Australiaâs tech sector booms, the importance of having world-class internet connectivity is of growing importance, and the government is clearly financially committed to making that happen. So, what is different about 5G, and what are the health concerns that are troubling the sector?

5G was launched in 2019 to much excitement. The mobile network is expected to give Australian users access to faster speeds and improved connectivity, a sore spot for many consumers burned by years of terrible internet connection. Telstra and Optus have already launched their 5G networks, and Vodaphone is expected to follow suit early next year. The coverage is still quite limited, as network infrastructure is only in its infancy, but when the service is fully implemented it is expected to deliver never before seen speeds, with tests suggesting it could be 30 times faster than NBN, and 60 times faster than 4G. It will also improve data transmitting to potentially ten times the bandwidth of which 4G is capable. This will allow networks to service more customers more consistently and open the doors to new technologies that need fast, reliable connections, such as medical devices, driverless cars, and virtual reality.

Bringing in an entirely new mobile network is an expensive and long-winded process, hence why we are seeing a gradual rollout. The connection requires new mobile towers, as well as updates to existing ones, which means it may be some years before we experience the same levels of coverage from 5G that 4G currently offers. In the short run, 5G connections will be supplemented by 4G networks when the service drops out, just as 4G is underpinned by 3G. Telstra is investing heavily in this new infrastructure, though most of its coverage is still only available in city centres and airports, which it claims is accessible to 4 million Australians. Optus has already launched the first 5G Home Broadband Plan for $70/month, with unlimited data, offering an alternative to phone-line broadband. There has been much speculation that 5G could antiquate NBN before the beleaguered broadband service has even finished roll-out, but limited coverage and data expense will likely prevent the wide-spread adoption of 5G home internet packages for the time being. Looking at the coverage map on the Optus website it is clearly only available in very small urban regions, and was estimated by the telco to reach just 140,000 homes Australia-wide in November.

If you bought a phone last year, or even if you buy one tomorrow, chances are you will not be able to access the 5G network in Australia with it. So far, the only phones that have made it to market which can connect to 5G networks are Samsungâs Galaxy S10 5G, the OPPO Reno 5G (both available through Optus and Telstra), and the LG V50 ThinQ (only available through Telstra). Sony, Huawei, Nokia and OnePlus all have 5G devices in the pipeline, which are largely expected to land next year. Apple is yet to announce any 5G products or developments, but there is speculation that the 2020 edition of its yearly September event will feature a 5G device.

The governmentâs announcement on 16 December 2019 follows months of online campaigns spreading misinformation about the dangers associated with 5G networks. The move has come months after Telstra requested that the government step in to educate the public on the safety of 5G, since people often have speculation on what Telstra might bring to the table. In the UK earlier this year, massive protests and a determined, though scientifically baseless, campaign against 5G made it to a debate in the House of Commons. It has been compared to the anti-vaxxer movement online, but is comparatively harder to debunk, since the fears being propagated are based on the absence of evidence, rather than bad science or misunderstood trends.

Basically, the fear stems from the same concerns that have long prevailed around the health risks of using mobile networks. There are concerns that the radio waves that transmit mobile signals could be harmful to human life, causing anything from depression to DNA damage and cancer. However, according to Sarah Loughran, the Director for the Australian Centre for Electromagnetic Bioeffects Research, the type of radiation used for mobile networks is non-ionising, meaning it cannot damage our DNA in the way ionising radiation does. This is true for all cellular networks.

But that doesnât explain why thereâs so much drama over 5G. So, whatâs different this time?

One of the main fears is that 5G is a largely untested technology. With many tech products, the lab-to-market journey is so short that longitudinal studies into the effects of prolonged usage arenât always possible. However, the same can be said for any new technology that is broadly rolled out, and the 5G technology is largely the same as cellular networks that humans have been using for decades.

There are two factors relating to 5G that are making the problem worse than it was with 4G; that the network will eventually operate on âmillimetre radio waves,â a higher frequency of radio wave, and that this type of wave cannot reach as far as 4G waves, so the network will require more cell-towers. Critics say that these two factors could increase our exposure to the radiofrequencies to harmful levels. However, neither of these points are significant enough to radically increase human exposure. According to the ARPSA or Australian Radiation Protection and Nuclear Safety Agency, this level of radiation is already present in many items used in daily life. Also, higher levels of exposure such as are needed for security screenings, speed guns, and medical scans, have been tested and found safe for short and long-term human exposure.