How Is The 5G Boom Treating The Aussie Land?

With 2019 being the year of paced up discussions on technological advancement, be it Artificial Intelligence, Electric Vehicles or the Clean Meat Revolution, the telecom sector’s update doing the rounds is related to the 5G boom that has taken the world by storm. With the mobile communication being the sole tool of regular conversation at present times, enhancement in its functionality have caught the attention of both manufactures and users.

Ever since the first mobile call was introduced by Motorola in the early 1970’s, the device has seen growth and development over the years and the race continues, with the baton now in the hands of 5G Technology. The fifth-gen or 5G Technology showcases a significant leap from the previous generations and introduces new spectrums and possibilities in the communication space.

Let us now understand 5G and its stance in Australia:

5G is best defined as the next-gen, or fifth-gen cellular network technology of mobile networks that would function beyond LTE mobile networks. Any system using the 5G New Radio software is said to be 5 tech savvy. In the 5G network space, the service area covered by the providers is separated into geographical areas which are referred to as cells. The wireless device communication of sounds and images takes place via radio waves and bears a high bandwidth of internet. It is anticipated that 5G would use millimetre waves and would have the 4G LTE capability as well. The 5G network is capable of supporting a million devices per square kilometres, way more than the 4G network supported (100,000 devices per square kilometre) and in the speed that is 5 times faster. 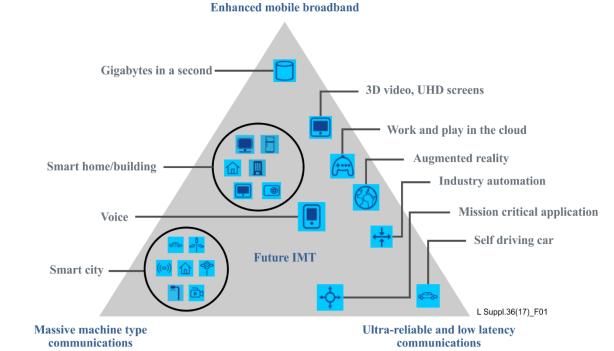 5G Boom across the Globe:

The 4G technology was launched about a decade ago and was widely accepted and is at present times, used in most parts of the world. With the launch of 5G last year, the communication space, is being said to have taken the most notable leap in the history of cellular networking, with the improved speed and connectivity provided by it, which is anticipated to digitalise almost everything in the coming years.

According to telecom giant Qualcomm, 5G is most likely to support almost £8.5 trillion worth of new goods and services by 2025. On the path to fulfil this speculation, telecom players like Verizon, Nokia, Samsung, Sony, Xiaomi and LG are already in the process of developing 5G friendly devices. Moreover, technological development of AI, VR and AR would be efficient and effective only when the 5G network is robust. Research and development are on-going across the globe to have this as a reality, with the cloud technology being enhanced along.

With fierce competition in the 5G spectrum on a global level, market experts believe that by 2020, most countries would have access to the 5G network with Canada, South Korea, Asia, UAE and the US being the first receivers.

According to the Department of Communications and the Arts, the Aussie government considers 5G to be more than an incremental change for mobile communications and provides the underlying architecture that would facilitate the next wave of productivity and innovation across sectors of the country’s economy. Australia is in a great position to explore and utilise the opportunities provided by the 5G network, given the wide and successful competitive mobile communications market. The 5G trails had commenced in 2017 in the country, with significant contributions provided by the government.

The Australian Communications and Media Authority is working towards ensuring that Australia is well placed to take advantage of the opportunities offered by 5G. The 3.6 GHz and 900 MHz bands’ review work have been of crucial and prime concern for the ACMA to work towards it in the due course as well. The country has 4G of world-class level and third-world broadband, hence 5G is looked upon as the crowning stroke in the region.

In the light of this context, let us now look at the 3 stocks of the telecom space, listed and trading on the Australian Securities Exchange (ASX) and check their latest updates and stock performances:

Company’s Profile: Providing an extensive range of digital business solutions, 5GN aim towards creating a lucrative digital world and provide an end-to-end digital service for businesses. With its registered office in Melbourne, the company was listed on the ASX in 2017.

New on Board: On 5 July 2019, the company notified that it had appointed Mr. Glen Dymond as the new Chief Financial Officer and Company Secretary, with the role transitioned from Mr Geoffrey Nicholas, expected to be concluded in the upcoming 3 months.

Expansion of CBA facility: On 23 May 2019, the company announced that it had increased its available debt facility with Commonwealth Bank of Australia (ASX: CBA) to $7.2 million, to facilitate the expansion of its current market base.

Company’s Profile: A provider of telecommunications infrastructure and managed services, SLC has its registered office in Brisbane and was listed on the ASX in 2015. The company caters to the Asia Pacific metro region and its recent acquisition has been of SubPartners.

Company’s Profile: An IT player providing cloud-based self-managed superannuation fund administration software solutions and services, CL1 was listed on the ASX in 2015 and has its registered office at Sydney.

June Quarter Update: On 4 July 2019, it was notified that the June quarter had been terse for CL1, though it continued to sign integration partners and had signed Findex Group to provide a trust accounting solution for their family office clients. In March, the company had announced an investment in Philo Capital Advisers to the rapidly growing managed discretionary account sector and has been performing well.

On the investment front, the company was rated Number One for Highest Overall Client Satisfaction for the 5th year in a row by the Accountants and granted the Value for Money title for the third consecutive year. The company’s accounts increased by 2,461 to 179,082 and customer grew to 1,545 from 39.