A blue-chip stock can be defined as a nationally recognised, financially sound and well-established company. Blue chips stocks usually sell high quality and widely accepted products across a diverse geography.

“BLUE CHIP” is been derived from the Poker game in which the chips in blue colour have the highest value.

Historically the blue-chip companies are referred to as stocks which have high price tags but in the current scenario blue-chip referred to as quality companies that have been in operation for the number of years with a good reputation.

Let us look at the recent updates of three established companies along with their growth drivers.

Treasury Wine Estates Limited is a leading wine company with a wide range of portfolio of outstanding wine brands and has a world-class production facility. The company employs more than 3,500 people across four key regions. 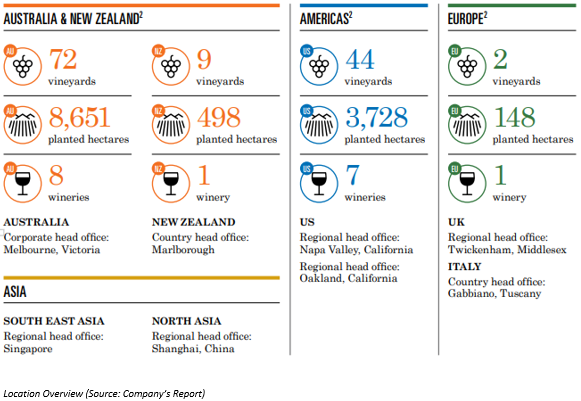 On 31 December 2019, the company has announced the appointment of Matt Young, Chief Financial Officer, has been appointed as Company Secretary of TWE effective from 31 December 2019 and would be the person responsible for communications with ASX.

The company also announced the Fiona Last, the erstwhile Company Secretary, leaves the business on 31 December 2019. The company’s board thanks Ms Last for her valuable contribution to TWE over the last 5 years.

On 5 December 2019, the company has announced the appointment of Ben Dollard as President of the Company’s operations in the Americas region. He would start in his new role with effect from 13 January 2020 and would be based in the company’s office in California.

Mr Angus McPherson who has informed TWE that he is unable to relocate to the United States due to unavoidable circumstances was replaced by Mr Dollard. He has twenty years of experience in the liquor industry in the Americas region.

The company financial performance for FY 2019 can be seen here

Scentre Group owns and operates a portfolio of living centres in New Zealand and Australia. The company has an asset under management (Retail Real Estate) of $55.3 billion. SCG works with the world’s leading brands to create a unique shopping experience for their customers.

On 6 December 2019, the company announced acquisition of 50 per cent stake in Garden City Booragoon, Perth for a consideration of $570 million. This is inclusive of property management for long-term, development rights of the brand. The Booragoon was 100 per cent owned by AMP Capital Diversified Property Fund. This would now become 50 per cent JV partner with the company.

The transaction is expected to be marginally accretive to the company’s earnings from 2020 and the company also confirmed the Fund Flow Operation (FFO) for the FY 2019 of 0.7 per cent and distribution of 22.60 cents per security.

The stock of SCG closed at $3.940 on ASX on 7 January 2020, up by 1.285 per cent from its previous closing price. The company has a market cap of $20.4 billion and approx. 5.24 billion outstanding shares. The stock has generated a negative return of 3.95 per cent in the last six months and a positive return of 1.04 per cent on a year-to-date basis.

Aristocrat Leisure Limited is the leading game publisher and provider with more than 6,400 employees located across the globe. The company’s products are available and approved in more than 300 licensed jurisdictions across 80 countries. Recently the company has announced that its 2020 Annual General Meeting will be held on 20 February 2020. 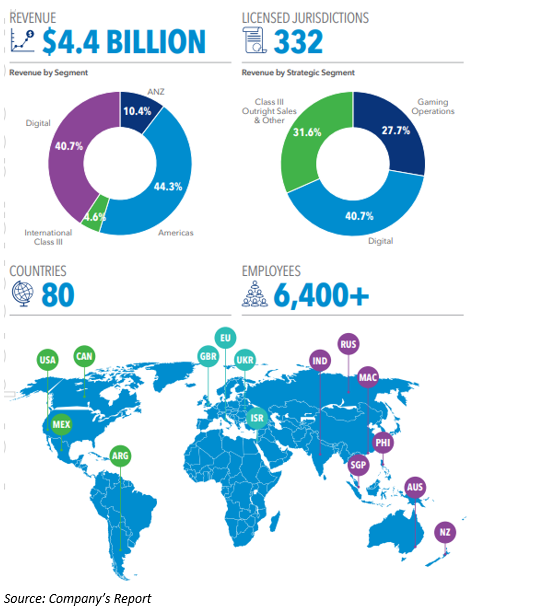 The company Reported 28.8 per cent surge in NPATA in FY19

On 20 December 2019, the company has released its Annual Report for FY 2019, a few highlights from the report are as follows: