Australia has a robust health care system, jointly operated by the federal, state and local governments, and is labeled as one of the best in the world. For investors, health care stands among the top few sectors, and is the safest sectors in Australia despite uncertain and an oscillating stock market environment. Two most important aspects investors should consider while investing in AU health care stocks are a generous funding grants by the Australian Department of Health (ADH) due to growing aging population and rise in chronic diseases, and a strong upward trend in the stock market in the last 10 years.

Growing aging population and rise in chronic diseases: Health care will always be a requisite as the aging population continues to grow in developing countries. As per APH, it is estimated that by 2022, nearly 4 million people will reach an age of 65–84 years with a rapid acceleration in population of over 65 years and over 85 years in the next 10 years. Also, an increase in chronic conditions further increases the demand for flexible and specific health care models as well as innovative R & D. Recent announcements on the latest developments in terms of funding for medical research and disease eradication give a clear picture of how important the health care sector is. 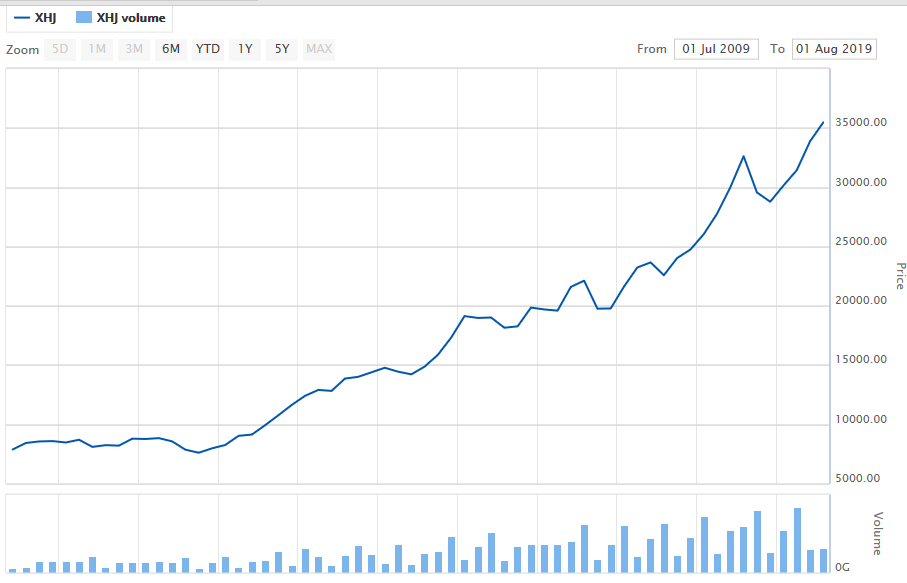 Let’s zoom into three health care stocks worth a watch:

Ramsay Health Care Limited, based in Sydney, Australia, is one of the largest and most diverse global private health care companies, famous for maintaining highest quality and safety standards and providing outstanding patient care. The company has over 50 years of experience in delivering acute health care services. RHC operates globally with 480 facilities spanning across 11 countries. 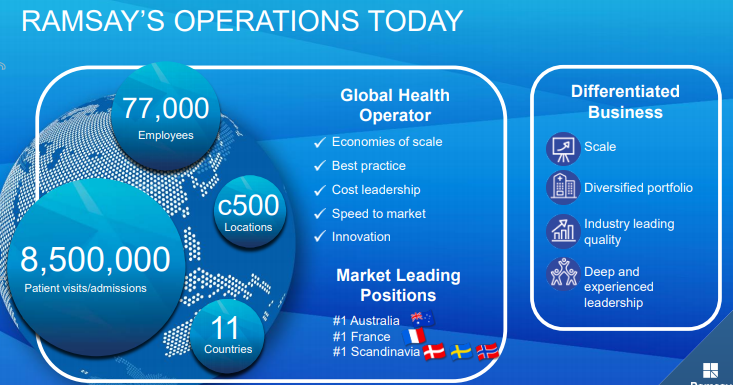 For the year ended 30 June 2019 (FY19), RHC reported a Core Net Profit After Tax (NPAT) of $590.9 million, up 2% on the previous corresponding period (pcp), with Core Earnings Per Share (EPS) of 285.8 cents, up by 2.1% on the 279.8 cents noted in the same period a year ago. The company also declared a 91.5 cents fully franked final dividend, representing an increase of 5.8% over the year-ago period, bringing the full year dividend to 151.5 cents fully franked, a rise of 5.2% on the preceding year. The declared dividend has a record date of 6 September 2019 and payment date of 30 September 2019. Meanwhile, the DRP will remain suspended.

Ramsay’s Segment Results are summarised in the table below:

Net profits for Asian joint venture’s equity accounted share stood at $19.4 million, up 15.5% from FY18. The company’s vision is continuous shareholder value creation with its group strategy focused on growth, efficiency and sustainability.

Headquartered in Sydney, BIT is a biotechnology company dealing in the development of novel antiviral therapies with a potential to treat several viral diseases. Its robust clinical development program includes BIT225, the lead compound, which is in its mid?stage for HIV-1 and HCV (Hepatitis C virus) infections treatment.

Biotron Limited released full year (2018-19) statuary account and a preliminary final report providing detailed view on its operational and financial activities on 29 August 2019, unveiling a loss of $ 1,611,799 for the period.

Significant Milestones Completed by Biotron during 2018-19:

Earlier in October 2018, Biotron appointed Professor Stephen Locarnin as a Non-Executive Director of the company. Biotron raised a huge capital of $6,038,728 from the company’s exercise options including the options exercised by MD Dr Michelle Miller. As the company look forward to commercialising its programs in future, this significant amount puts Biotron at a satisfactory financial position.

Below figure depicts changes in the COMP and ADAMTS-5 biomarkers in the serum of patients subjected with iPPS or placebo measured from Day 1 to Day 53. 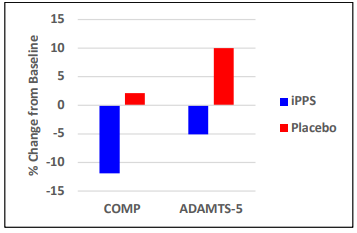 Below figure depicts cartilage breakdown in association with OA and biomarkers levels. 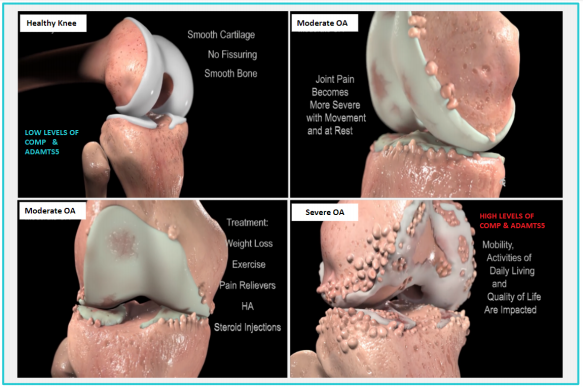 Meanwhile, Paradigm CEO Paul Rennie stated that the company is pleased with this breakthrough, mentioning positive correlation between the clinical outcomes and objective measures of structural outcomes as particularly interesting. In coming months, Paradigm is anticipating the release of more data on biomarkers.

Paradigm Biopharmaceuticals Limited also released the preliminary final report, outlining the progress made by the company during the financial year ended 30 June 2019 and plans for the next financial year.

Some key highlights are as follows:

Due to increased loss and increased no. of shares, the basic and diluted net loss per share risen to 10.93 cents from 5.46 cents in previous corresponding period.

The company plans to undertake new R&D programs with an aim to identify & develop 2nd generation products & mechanism of action of iPPS with OA in pain relief, R&D outsourcing to CRO’s and reputed research laboratories, publication of pre-clinical studies in per-reviewed journals during the upcoming year.

CLICK HERE FOR YOUR FREE REPORT!
Tags:
ASX: RHC ASX: BIT ASX: PAR
All pictures are copyright to their respective owner(s).Kalkinemedia.com does not claim ownership of any of the pictures displayed on this website unless stated otherwise. Some of the images used on this website are taken from the web and are believed to be in public domain. We have used reasonable efforts to accredit the source (public domain/CC0 status) to where it was found and indicated it below the image.