The healthcare firm IVERIC bio, Inc. (NASDAQ: ISEE) gained notable traction in the market after it posted positive topline clinical trial data for its product. The ISEE stock grew more than 47 per cent in the pre-market trading hours on September 6.

Let's dive deep into the recent report of the firm about its clinical trial report before exploring its financials and stock performance.

Why is ISEE stock rising?

According to the company's announcement, GATHER2 had successfully shown positive results for its prespecified primary endpoint of the mean rate of growth in geographic atrophy treatment at 12 months with statistical significance and a favorable safety profile.

Meanwhile, the company said that there were no events of endophthalmitis or intraocular inflammation in GATHER2. Besides, there were no ischemic optic neuropathy events also witnessed through month 12 of the trial. 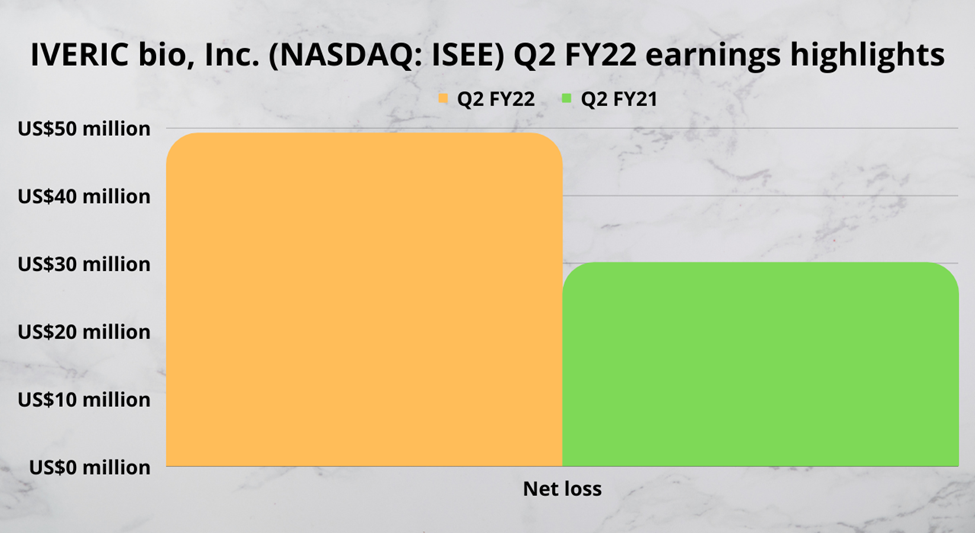 The investors may have lauded this positive topline data announcement by the firm while being optimistic about the company. Additionally, the company also said during its second-quarter earnings and operational release, that it expects a topline data for Zimura GATHER2 in September.

Talking about its financials, the Cranbury, New Jersey-based firm posted a total operating expense of US$ 49.75 million in Q2 FY22, compared to US$ 30.20 million in the year-ago quarter. The net loss of the US$ 1.62 billion market cap firm totaled US$ 49.26 million in the fiscal 2022 second quarter, against a loss of US$ 30.14 million in the same quarter of the preceding year.

However, despite the gains, investors should also evaluate other indicators before considering an investment in the equity market. For instance, the ISEE stock had an RSI of about 31, suggesting that the stock could be in a highly volatile condition.