US stocks closed the session mixed on Tuesday, August 16, pulled up by the gains in the retail stocks following their quarterly earnings release. The robust earnings results suggested that Americans are still maintaining significant spending despite the decades-high inflation.

The retail giants, Walmart Inc. (NYSE: WMT) and Home Depot, Inc. (NYSE: HD), both posted their quarterly earnings results on Tuesday. The investors were eagerly waiting for the earnings of these companies, as it tends to provide cues on the broader consumer habits.

The stocks have maintained a steady momentum in the ongoing quarter, with S&P 500 index advancing for four consecutive weeks as of last Friday, August 12. The stocks also noted their best monthly performance in around one and half years in the prior month.

In economic news, US housing starts fell sharply in July, the Commerce Department report showed on Tuesday. Housing starts declined 9.6 per cent in July to an adjusted annual rate of 1.45 million. Building permits tumbled 1.3 per cent to 1.7 million, the report added.

The consumer discretionary and consumer staples sectors led gains in the S&P 500 index on Tuesday. Six of the 11 segments of the S&P 500 index stayed in the positive territory. The information technology and healthcare sector were the bottom movers.

Shares of Walmart Inc. (WMT) gained five per cent in intraday trading after the retail giant posted strong quarterly earnings results while raising its full fiscal 2022 guidance. Notably, the firm had issued a warning over its profit in less than a month.

The Home Depot, Inc. (HD) advanced 4.40 per cent in the intraday session after the home improvement retailer posted strong quarterly earnings that may have topped the market expectations. The firm also reaffirmed its profit and revenue guidance for fiscal 2022.

Shares of Sea Limited (SE) plummeted 14.48 per cent after the technology conglomerate firm reported its second-quarter earnings results on Tuesday morning. Meanwhile, the company had suspended its revenue guidance for the e-commerce segment. 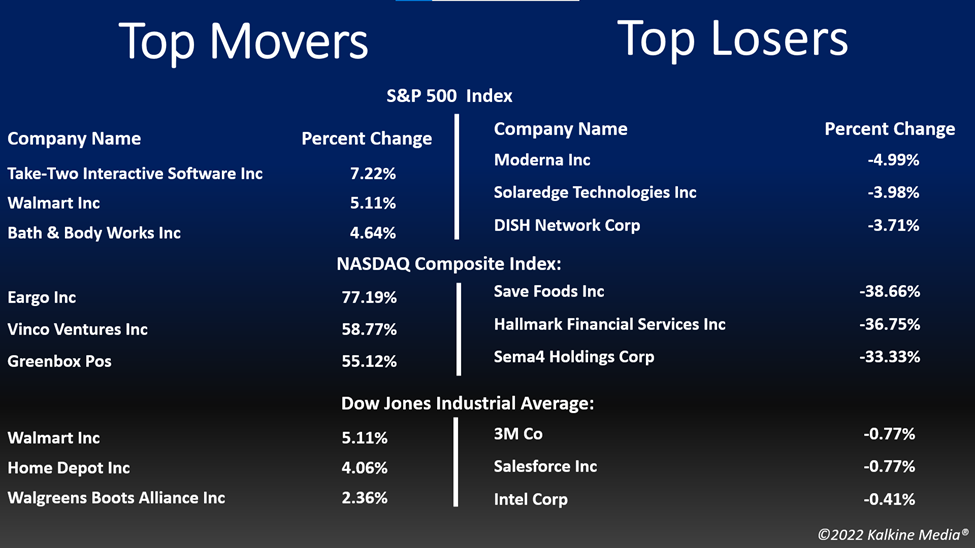 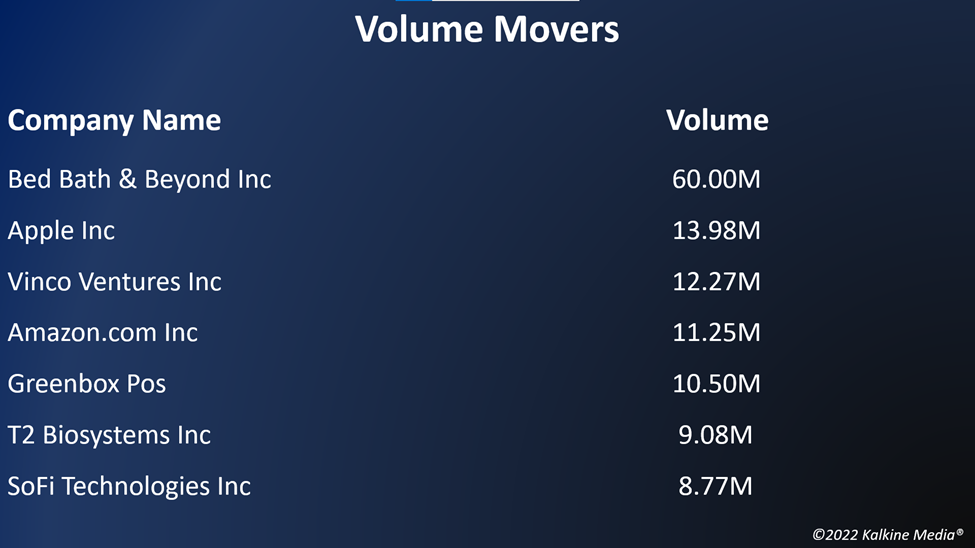