Shares of G4S Plc (LON: GFS), the London-headquartered security services company, plunged 10 per cent on Monday, 22 February, after the Montreal-based security agency GardaWorld Corporation refused to revise its 235-pence offer. The stock of G4S witnessed a 10 per cent crack within 15 minutes of the market opening after the development. 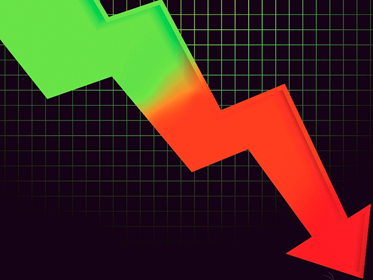 GardaWorld has announced to stay firm with its erstwhile takeover offer to acquire G4S for a price of 235 pence per share. GardaWorld, acting through its wholly owned entity Fleming, offered to acquire the entire issued share capital of G4S.

In the auction, the Canadian counterpart gave a thumbs down for a prospect of a better offer for G4S. Therefore, the offer floated by the Pennsylvania-based security system provider AlliedUniversal stands favourable as far as the acquisition price is concerned.

AlliedUniversal has separately confirmed that it will not be revising the offer on day one of the auction, while GardaWorld has declared its offer to be treated as the final proposal, G4S said in an exchange filing on Monday. The auction procedure commenced as neither of the offerors declared their final offer by 1700 GMT on Saturday, 20 February, the company added.

According to the latest data available with the London Stock Exchange, the stock of G4S collapsed 10 per cent to an intraday bottom of GBX 242 from the previous closing price of GBX 269. With a 10 per cent-drop in the share prices, the stock of G4S emerged as the biggest loser among all the constituents of the broader share indices FTSE 250 and FTSE 350.

Up until 1256 GMT, more than 61 million shares of G4S exchanged hands on the London Stock Exchange, translating into a total traded turnover of over £77 million.

The stock of G4S has been largely rising for nearly five months, recording a six-month gain of more than 85 per cent. Interestingly, the stock of G4S has advanced nearly 285 per cent in the 10-and-half-month stretch from its yearly closing low recognised during the stock market sell-off triggered by the Covid-19 pandemic.

In December 2020, both GardaWorld and AlliedUniversal indicated their intention to acquire the entire share capital of G4S, separately. Following the auction process, GardaWorld has said that its increased offer for the acquisition of G4S will not be revised.