Inspira Pharmaceuticals, a London-based biotech startup, collaborated with Vectura Group Plc (LON: VEC), for the development of an inhalable version of the COVID-19 treatment Inspira. The treatment is stated provider of drugs and treatment for chronic obstructive pulmonary disease (COPD), asthma, and other respiratory diseases, including diseases caused by smoking in May, to undergo human trials in 2022. US-based Philip Morris International (NYSE: PM) announced the takeover of Vectura, which received heavy criticism. The shares of Vectura traded at GBX 164.00, up by 0.12% at 8.25 AM as of 23 August 2021, and the market capitalisation stood at £981.96 million.

Inspira to the rescue

Inspira’s CEO Rory McGoldrick clarified that although initially concerned about Vectura’s takeover by the tobacco giant, the company was now supportive of the deal.

Inspira strongly supported Vectura’s £1.1 billion takeover by US-based Philip Morris and claimed that blocking the deal would have no changes in the tobacco giant’s bad practices. Inspira’s support for the acquisition comes at a time amid rising criticism over Vectura’s commercial partnerships and whether the company could be put at risk by the potential takeover by Philip Morris, the global leading listed tobacco company and manufacturer of Marlboro cigarettes. 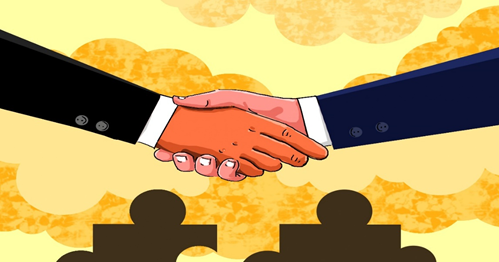 In an open letter signed by 35 public health experts, health charities, and doctors to Lord Bethel, the parliamentary under-secretary of the Royal Pharmaceutical Society, urged shareholders in the asthma inhaler manufacturer Vectura’s to block the takeover on ethical grounds. Additionally, they also warned against the damaging effects of the tobacco company’s operations on the United Nations’ sustainable development goals. It also argued that Vectura’s shareholders should be critical of PMI benefiting from collaborating for the treatment of illnesses caused by cigarettes, the company’s core business.

The letter also highlighted the group’s concern about the role of the takeover in driving collaborators to choose to work with the tobacco industry and also threatens reputable collaborations with scientific and medical communities.

The tobacco company’s investment in healthcare is in line with Philip Morris’ strategy to diversify away from its core tobacco business. Restriction of historically unethical or damaging businesses to diversify to new revenue streams would result in the continuation of their bad practices. Philip Morris lashed out at the opponents of the deal, such as the British Lung Foundation and Asthma UK, claiming they were taking revenge against the tobacco player’s past actions.

For the successful completion of the deal, Philip Morris requires over 50 per cent of shareholders to accept its 165 pence per share offer by 15 September 2021. About 30 per cent of the shareholders had already accepted the offer in the last week.

Imposition of a ban on cigarettes in several countries globally is having an impact on sales, constraining the growth of the industry. Thus, several players operating in the tobacco industry are investing in business diversification. However, these moves are receiving tremendous criticism from regulatory bodies and healthcare groups, threatening future collaborations with companies in the medical and scientific communities.