United Kingdom-based cannabidiol (CBD) and natural resources company, Zoetic International Plc (ZOE) is a provider of products and services in the oil & gas sector. The companyâs area of interest lies in acquiring technology and mineral rights, along with oil & gas producing assets. The company invests in the portfolio of projects which generate stable revenue streams, and which have a potent stimulus for capital appreciation. The company was earlier known as Highlands Natural Resources Plc. 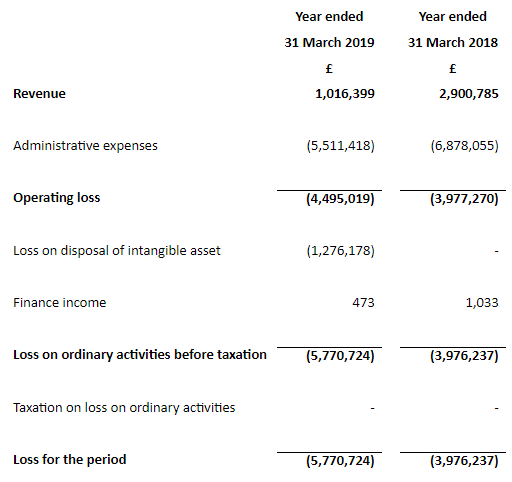 The company earlier released its results for the Fiscal year 2019 period ended 31 March 2019. The companyâs revenue was recorded at Â£1.0 million from East Denver Oil & Gas Project in FY19 as against Â£2.9 million in FY18. The company made six additional wells operational in January 2019. The company is well poised to reap benefits from existing and new wells drilled during FY20. The company discovered rare gas in Kansas post reported period end. The company is looking forward to yielding benefit for the shareholders through establishing CBD business in a rapidly growing market.

In the past 1 month, ZOE shares have delivered a positive return of 177.85 per cent. Also, on a YTD (Year-to-Date) time interval, the stock surged by approximately 0.69 per cent and was up by 49.32 per cent in the last three months.

Purplebricks Group Plc (PURP), formerly known as New Broom Limited, is a real estate agency. The group provides a technology platform that facilitates the process of selling, buying and letting property. It has operations in Australia, the UK, the US and Canada. Purplebricks is headquartered in Solihull, the UK.

There was a weakening in the overall UK property market as political and economic uncertainty impacted confidence during the period, thereby reducing home sale volumes especially in the South East. The company managed to sustain a market share of 4 per cent overall and looks forward to improvement in the marketing and revenue generation in conjunction as the focus is on being efficient. The Canadian business performed ahead of the expectations. Overall, the companyâs revenue is expected to remain flat as compared to the previous period, though the company was profitable in the first half of the fiscal year 2020. The company is expected to release its interim results for H1 FY20 on 12th December 2019.

In the past 1 month, PURP shares have delivered a positive return of 2.73 per cent. On a YTD (Year-to-Date) time interval, the stock plunged by approximately 23.75 per cent and was down by 2.75 per cent in the last three months.

The company successfully acquired Vanchem for US$53.5 million. Vametco's production stood at 561 mtV for Q3 FY19 in the structure of NitrovanTMÂ coming from magnetite mass. Vametcoâs realized record monthly production was of around 310 mtV during the month of September due to improved operational performance and stability. Vametco's production for the nine months ended 30 September 2019 increased by 3 per cent to 1,953 mtV as compared to 1,897mtV in nine months period ended in FY18. As a result of improved operational performance, the company is progressing nicely to meet its production guidance of 2,800 mtV to 2,900 mtV for the fiscal year 2019. 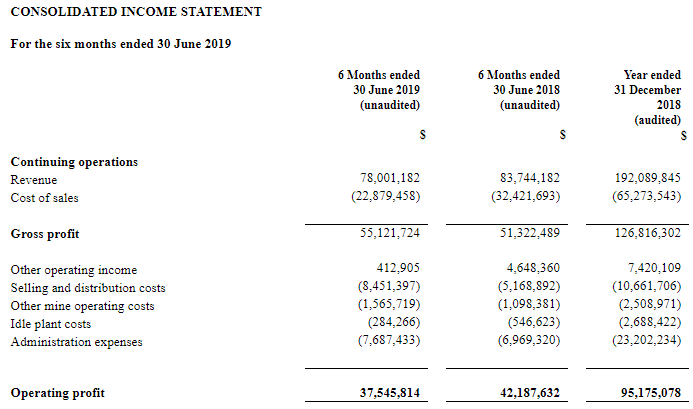 In the past 1 month, BMN shares have delivered a positive return of 6.97 per cent. On a YTD (Year-to-Date) time interval, the stock plunged by approximately 42.58 per cent and was down by 6.32 per cent in the last three months.