A virtual private network or VPN is an encrypted connection over the internet from a device to the network. Through encrypted connection, it is possible to transfer sensitive data. Further, it prevents unauthorized people from spying on the traffic and allows the user to perform a task from a remote location. VPN technology is widely used in the corporate environment.

VPN operates on the network layer of the TCP/IP layered communications stack model. It uses an IP security architecture open framework. It provides base security functions for the internet and furnishes flexible building blocks through which it is possible to develop solid and safe virtual private networks. 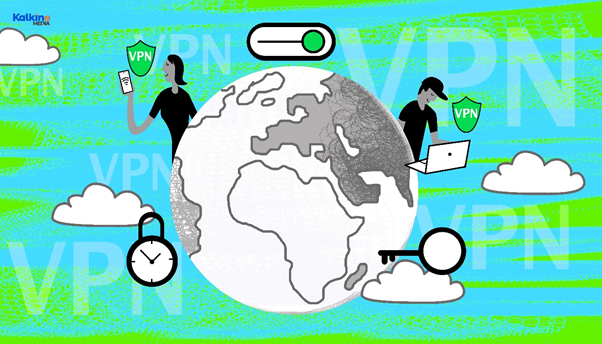 What are VPN Protocols?

The VPN protocol helps the user to determine the way data would be routed via a connection. The protocols have different characteristics as per the benefits and requirements.

VPN protocols are processes or a set of instructions on which VPN providers depend to ensure that VPN users have secure and stable VPN client and server communication. A VPN protocol is a blend of transmission protocols and encryption standards.

A remote access VPN connects devices outside the office premises in a secure way. These devices are called endpoints and could be laptops, smartphones, or a tablet. The advancement in VPN technology has made it possible to ensure that security is conducted at endpoints to meet specific postures before connecting.

In this, the user’s personal computer can be connected to the Company via an extension cable. Employees can dial into the Company’s network via a secure connection while operating from their home and pretending to sit in the office. However, a VPN client must be installed and configured on the system.

How does a VPN Network work?

A VPN hides the IP address by allowing the network to redirect via a configured remote server by a VPN host. In simple terms, if a user surfs online using VPN, then the VPN server becomes the source of the data. As a result, the internet service provider and other third parties would not see the websites the user visits or the files and data he/she shares.

A VPN connection disguises the data traffic online and safeguards the data from any external access. Through a VPN, it is impossible for hackers, cybercriminals to decode data. In this section, we would look at some of the advantages of using VPN connections.

It is essential to have an encryption key to read data. Without an encryption key, it would be difficult for a computer to decode the data in case of a brute force attack. VPN hides online activities on public networks.

VPN servers act as proxies on the internet. As demographic location comes from severs in different nations, the user's actual location cannot be determined. Also, most VPN services do not keep track of the activities. Some providers track the activities but do not share the data with third parties. This indicates that any possible record of user behavior is hidden permanently.

Why does a business require a VPN?

Data is highly crucial for any organization. Hence, business uses VPN to safeguard their confidential data. However, there are other reasons as well that highlight why any business uses VPNs. Below are some of them.

VPN is the most convenient way through which the Company can provide access to its employees working from a remote location and maintaining private networks and business resources security.

Systems communicating via VPN connection offer better security than other means of remote communication. It keeps private networks closed to people who do not have authorized access.

It is easy to include users in the network using flexible VPN software tools. It means that a company that is expanding can increase its network presence without adding a new component or developing a complicated network configuration.

GOOD READ: Cyber-attacks on the rise in Australia as cyber criminals spare no sector