Negotiations between the UK and the EU have entered the final phase to clinch a favourable post-Brexit trade deal before 31 December, where fishing rights in British waters for EU members remains the most important issue. UK Prime Minister Boris Johnson has asked that the EU has to make a feasible offer in terms of fishing rights so that they can break the Brexit deadlock.

Earlier, EU chief negotiator Michel Barnier told the European parliament that the discussions had reached a “moment of truth” ahead of the final hours of negotiations.

The Brexit deal was scheduled to be sealed before the end of this year but was severely truncated due to the pandemic and disagreements between the two blocs. 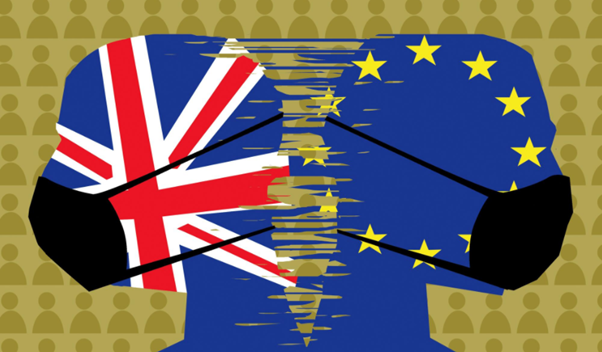 Fishing is a thorny issue that has now emerged as the main point of tussle, where the EU has been demanding fishing access into the UK’s territorial waters, which the UK does not want to part with.

When the UK left the EU on 31 January, it still had to follow the EU's rules, including its Common Fisheries Policy (CFP), till 31 December, under which all the EU members have full access to each other's waters. The national quotas are based on historical data set in the 1970s. The UK has always said that it had got a bad deal.

As the UK waters are strategically important and bountiful, the EU members want to have little change in the fishing rights, whereas the fishing communities in the UK have been insisting that the UK should have more access to its waters.

Experts feel the matter is complex as the UK will soon have more access to its waters. They are concerned that the UK will also dominate the market where fish can be sold.

So, the EU has been arguing to restrict the UK from accessing its markets. On the one hand, the UK is saying that the fishing rights should not come in the way of the trade deal, the EU has cleared that without a favourable deal on fish, there will be no special access to the EU single market.

It would be extremely disadvantageous to businesses on both sides if a trade deal is not agreed upon without a comparable tariff structure taking place. In the past 47 years, both were part of the same economic bloc and had deep trade relations.

When the EU common area regulation ceases to exist and new tariffs will be imposed as per WTO terms, which will be in an expensive and time-consuming affair for existing businesses. Businesses would lose their competitive advantage leading a fall in their share in the global trade.

When the UK decided to leave the EU, there was a massive economic fallout whose magnitude was difficult to comprehend that time. There are many key sectors in both blocs whose growth was primarily driven by business relations across the border when the EU and the UK were members, which will now face manifold challenges.

Thus, after the pullout referendum in 2016, both Britain and the EU members lobbied with their respective governments to negotiate a good deal so that the ongoing tariff concessions remained intact and there was no or minimum disruption in business activities.

The negotiation process, however, took too long and until PM Johnson promised to withdraw with or without a deal. The formal Brexit process culminated on 31 January, but additional time was assigned to complete the deal. Experts are not very clear on the outcome of the negotiations now with time running out and leaders from both sides playing down the expectations of reaching a deal.