In 1953, abstract artist M. C Escher painted the now now iconic work titled “Relativity”. Looking at the twelve-year history of Bitcoin draws parallels to this famous work as Bitcoin still remains an enigmatic Labyrinth with its sudden soaring rises and drastic falls being very difficult to make sense of.

Taking it slightly lowbrow, if Bitcoin were a TV series, it would be a daytime soap like The Bold and The Beautiful. Unpredictable twists and turns brought about by inexplicable and mysterious forces. The over-arching story of Bitcoin, since its inception in 2009 has been overwhelmingly and undeniably positive – the specifics of which we’ll get into. But within the larger framework are contained more twists and turns than a French wine waiter’s corkscrew. What are these twists and what do they mean?

Our story begins today, October 20, 2021, where the price of Bitcoin is currently valued at US$64,058.49 (8:24 PM AEDT), edging ever so close to its record high, a little over six months ago. At that time, in the first dozen days of April, it seemed Bitcoin would beat Amazon CEO, Jeff Bezos’ planned space trip in that it was seemingly headed to outer space, in a matter of speaking. In fact, the popular phrase amongst Bitcoin bulls was “To the moon!” – a reference to seemingly unstoppable ever-surging price.

Much like the Titanic, though, Bitcoin hit its own proverbial iceberg in mid April, which began a price spiral which soon saw Bitcoin sink to the bottom of the ocean -again in a matter of speaking. More literally, by July 21, Bitcoin had lost more than half its value, sinking to just below US$30,000.

Consequently, the only person who ended up going anywhere near the moon was Bezos. 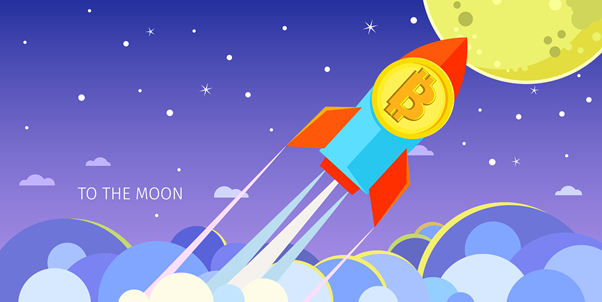 Bitcoin is the superhero of cryptocurrency. As such, every superhero has an origin story. Bruce Wayne began his journey to become Batman following the tragic murder of both his parents in a dark Gotham City alley. Spider-Man was bitten by a spider which subsequently gave him Spidey powers of climbing walls and the ability to swing through downtown Manhattan using webs which he could shoot from his wrists. Superman escaped his home planet Krypton to arrive on Earth to save mankind from destruction.

Bitcoin’s origin story, amazingly enough, involves almost the same amount of intrigue. And before you ask; no there’s no planet crypto.

Although, just who exactly invented the original cryptocurrency remains clouded in mystery. There is no formal identity of its creator. Rather there’s a pseudonym. Satoshi Nakamoto. This name represents the anonymous person or persons who created the code which ultimately formed the first ever crypto blockchain.

To understand why Nakamoto was compelled to create this technology, one must consider the state of the global economy in 2009. It was barely a year since the biggest global economic collapse since the great Wall Street crash in 1929 which gave way to the Great Depression.

Again in 2009, the global economy had been let down by the greed of major banks who had been living high off the hog whilst dishing out sub prime mortgages to people who had no way of affording the repayments. Inevitably, by 2008, thousands of homeowners were forced to foreclose on their homes. The knock on effect resulted in ordinary people’s stock investments suddenly becoming all but non existent.

Of course, fortunately justice prevailed and the corporate fat cats whose greed and gross negligence had caused this catastrophe were punished to the full extent of the law.

Actually, that’s not quite true. And by “not quite true”, I mean, “not true even in the slightest”. Rather, those responsible received no ramifications. The only people who were punished were ordinary Americans, many of whom lost their entire life savings.

And this brings us back to Satoshi Nakamoto. You see, the drive behind the creation of Bitcoin was the desire to completely do away with third party institutions, like banks and essentially create a financial system where monetary transactions were done peer-to-peer. This is what’s known as a decentralised financial system. A complete rejection of the third party financial institutions.

And with this, Bitcoin was born.

The initial price of Bitcoin in 2009 was barely above zero; understandable when you consider that only a handful of people knew about it.

It was 2013 where the first major price hike occurred. In May 2013, Bitcoin was valued at just under US$100 (I know. If only you could’ve gotten in then. Maybe you’d be zooming through the atmosphere in a phallic spaceship). The truth is though, the only people who seemed to know about Bitcoin at that point, apart from a few Silicon Valley insiders, were people who wished to purchase things on the web without the purchase being traced back to then. Conclude from that what you will, but I think the now defunct online drug delivery service, Silk Road, probably deserved some credit in what happened to Bitcoin’s price later that year. By December, 2013, the price had shot up from US$100 to US$1,150 – an eleven-fold increase.

That peak was short lived and was the beginning of a pattern that’s continued till this day. The mass sell-off. That is: The price will rise steeply to a peak which is then immediately followed by a just as steep dip.

The same thing happened in the aforementioned crash in the middle months of this year.

Why does this occur? Well that’s the tricky part. Some point to outside forces, like policy changes within governments. This year’s crash had many people pointing towards President Biden’s April announcement of future tax reforms. Others blamed China’s April crackdown on crypto currency, which included the shutting down of several mines throughout the country. Others blamed the enigmatic Tesla chief executive and now infamous crypto flip-flopped, Elon Musk, who in April decided that Tesla would amicably decouple with the world’s premier digital currency on count of the fact that Musk suddenly came to the realisation that Bitcoin’s mining practices were harmful to the environment.

These events indeed did correlate with Bitcoin’s mid-year dive. But any analyst worth his salt will tell you that correlation is not necessarily aligned with causation. 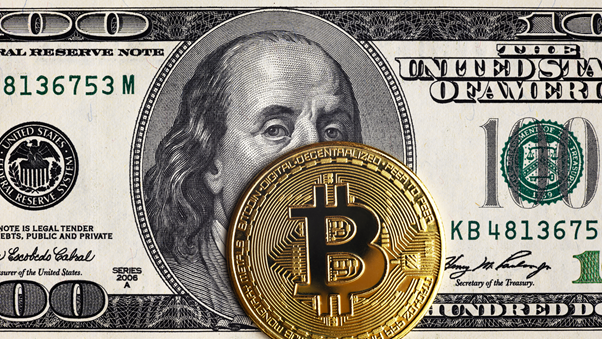 Not discounting the theories mentioned above, let me introduce a concept which probably has more impact on Bitcoin’s price than those three possible aforementioned drivers. Whaling.

Bitcoin whales are those players who own an enormous amount of Bitcoin. So much in fact that one trade, purchase or sell off can have a significant effect on the market.

What’s worse is that theoretically these whales can work in concert with each other, which is a nice way of saying they can conspire to agree to complete mass sell offs when Bitcoin hits an agreed upon price. In the stock market, this is akin to insider trading. In the crypto market, its just part of the game where the whales make money hand over blowhole while the average trader or investor watches his gains diminish faster than a Hollywood action star who’s stopped his daily injection of human growth hormone. Not mentioning any names but this market manipulation is enough to incur the wrath of Thor.

It’s the whaling phenomenon which has historically been the cause of massive spikes immediately followed by devastating crashes.

The Future Of Bitcoin

It would seem, with Bitcoin surging past US$60,000 once again, that the King of Crypto is set to surpass its all time high.

This time, the key influences, many would argue, are things like El Salvador recently adopting Bitcoin as legal tender – a move which many feel will push other countries to follow suit, particularly in Central America.

Perhaps more impactful is the emergence of Bitcoin ETFs – or electronic traded funds – which have began popping up on various stock exchanges around the world. Although the big game changer will likely be the inclusion of an ETF on the NASDAQ which seems inevitable at this point. Indeed this has likely been a big contributed to Bitcoin’s most recent bull market.

But remember. History shows with every sky high spike comes an equal and opposite crash. Whether the next one will come as a result of a new Chinese crackdown on crypto, or a new economic reform mumbled by the now barely lucent President Biden or the pod of Bitcoin whales sending out the signal to sell! Sell! Sell! Just know that the drop is coming. The trick is to get out ahead of it.