The price movements of various cryptocurrencies can be mysterious even to the most avid crypto market enthusiasts. Sudden price surges and rapid falls are often unexpectedly, and it’s only after the movement do people rationalise the reasons.

Case and point, when Bitcoin took a deep dive in May and June, having previously hit record highs in April, the reason being spouted by many was China’s crackdown on crypto trading. Another scapegoat was Elon Musk, who drew the ire of the crypto community when he stopped Tesla from accepting Bitcoin and then denounced it due to its supposed harmful mining practices.

While these events certainly coincided with Bitcoin’s crash, it’s still impossible to point to either one of those incidents as being undeniably related to the digital currency’s performance.

The crypto market is so vast that to point to just one factor is to oversimplify.

That being said, crypto called Elrond has emerged recently as one worth taking note given its dramatic price rise.

So let’s at least try and theorise as to the reasons for its recent success.

Its central advantage is its scalability which it claims is the first blockchain network that has implemented state, network and transaction sharding.

Its native token is the EGLD, and its performance in the past month has been very impressive. 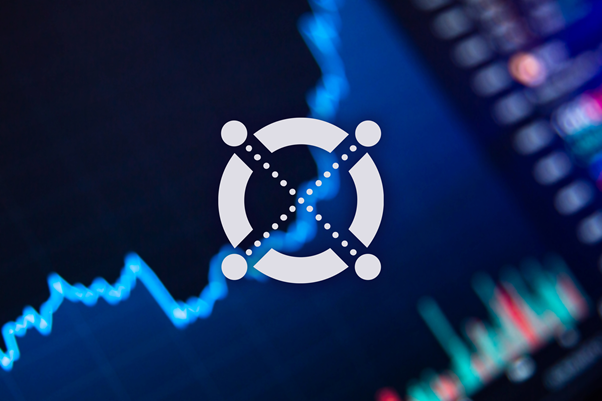 So, What Are the Reasons behind the price rally?

Firstly, Elrond’s rise coincides with the launch of the Maiar exchange. This decentralised finance (DeFi) protocol ables its users to trade and provide liquidity in various pools.

This means that the project has access to the largest retail economy through its Maiar app.

The second possible reason for Elrond’s rise is its listing on the KuCoin exchange. KuCoin is a reputable exchange and any affiliation with it is going to bolster value.

Finally, the Elrond rally may be influenced by the growth of its ecosystem, which has been seen through its partnership with an artificial intelligence-generated platform – Humans.

The Elrond platform has also combined with gaming and DeFi and has created cross-chain transfers with major platforms like Ethereum and Polkadot.

In any event, whatever business moves Elrond’s team have been making seems to have served them well and has revealed the booming platform as one to watch.