What provoked the UN Chief to say, “the world is facing a dead end?”

The coronavirus crisis has knocked down lives after lives. Economies have been shattered, and industries are finding it hard to shed away the dark clouds. And, amid all the chaos, the United Nations Chief brought subjects on the table that will be the root cause of the upcoming catastrophes.

The world is facing a dead-end: UN Chief

In the annual UN General Assembly meeting in New York, the UN Secretary-General Antonio Guterres warned that the current global efforts are insufficient. Additionally, he forecasted a “hellscape of temperature rises” if toxic emissions are not curbed more than the current rate.

The world is currently unpredictable; be it because of climate or COVID-19, humanity is dwindling on the verge of saving its existence or falling into nothingness.

To assert the limelight on the significance of key aspects to save humanity from destruction, the UN Secretary-General pointed out those aspects needed to be looked at.

Calling out the insufficiency in action taken by the industrialists and the governments globally, the UN Secretary asserted that the world would soon reside in a catastrophic condition if the actions taken are not tightened up immediately.

Moreover, hundreds of climate change pacts are being made globally, but hardly any of them are followed judiciously. Finally, he asserted that we are a few weeks away from the UN Climate Conference in Glasgow, but in reality, we are light years away from achieving its goals.

The world is facing the biggest healthcare crisis of all time. Despite all the developments and scientific advancements, we are knocked down by the tiniest of viruses. However, the reality is even saddened by the magnitude of inequality in society.

The Secretary-general asserted on the currently established vaccine inequity around the world. The developed nations are flooded with vaccine supply; first world countries have vaccines in abundance, and in some, there are not enough vaccines, even for the neediest ones. 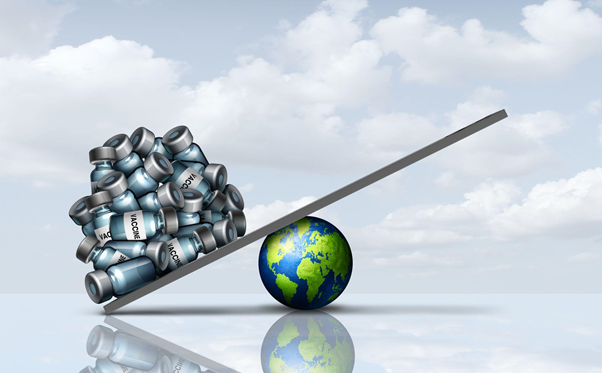 MUST READ: How climate change plays with the Australian economy

Additionally, the world can’t turn its head against the crisis happening in Afghanistan. One side of the world is heading towards extravagance, and the other side is sliding into tyranny. But unfortunately, the biggest trauma is being shed upon the Afghan women, whose basic the current Taliban government is shadowing human rights.

The secretary-general asserted the level of inequality that exists in the world. On the one hand, people are dying of hunger, countries like Sri Lanka have announced food emergencies, and on the other hand, billionaires are flying to space. The focus for development and safety needs to be humanity centric, not nation-centric, then only humanity can be saved from mass destruction in the coming ages.