What are the impacts of climate change on the Arctic environment?

The warming rate of the Canadian Arctic is three times the global rate. The increasing carbon dioxide and methane emissions are one of the reasons for the warming of the Arctic environment and impacting plants and animal species.

If carbon emissions continue to increase, it will make Arctic water acidic. The emissions will also melt sea ice that will become a threat to most seal species and walruses. In this article, we will learn how climate change can impact the Arctic environment of Canada.

The cryosphere is one of the many components that form the Arctic environment and is very sensitive to climate change impacts. It consists of permafrost, sea ice, seasonal snow cover, river and lake ice, glaciers, and ice caps. The changes in the cryosphere and changes in climate will affect freshwater, terrestrial, and marine ecosystems.

In the Northern Hemisphere, the annual average area of sea ice has been reduced to 7.4 per cent. Although models project different indications about ice-free Arctic summers, they agree in projecting that by the time such changes will develop.

Climate changes in sea ice impact its local ecosystems across Arctic Canada and affect northern residents by impacting their fishing, hunting, and traveling. The increasing spring air temperature is declining sea ice in the Canadian Arctic.

Also read: How are Arctic animals in Canada affected by climate change?

Changes in winter snow can affect food sources, wildlife habitats of northern Canada as well as traditional activities, including harvesting, hunting, and trapping. These changes can contribute to food insecurity, loss of culture, and impact on mental health.

Changes in seasonal snow accumulation patterns can put Canadian infrastructure at risk. Warming temperatures and a decrease in snow accumulation can also impact winter recreation sectors, including snowmobiling and skiing.

The increasing surface temperature has made alpine glaciers and Canada’s Arctic retreat. From 1919 to 2006, glaciers in the central and southern Canadian Rocky Mountains have been reduced by nearly 40 per cent.

Between 1950 and 2005, small alpine glaciers in the Torngat Mountains of eastern Canada reduced by 27 per cent. The models of regional land ice have projected that under a medium emission scenario, glaciers and ice caps in the Canadian Arctic will experience a decrease of 18 per cent in their total mass by 2100.

Also read: What are the key climate change issues in Canada? 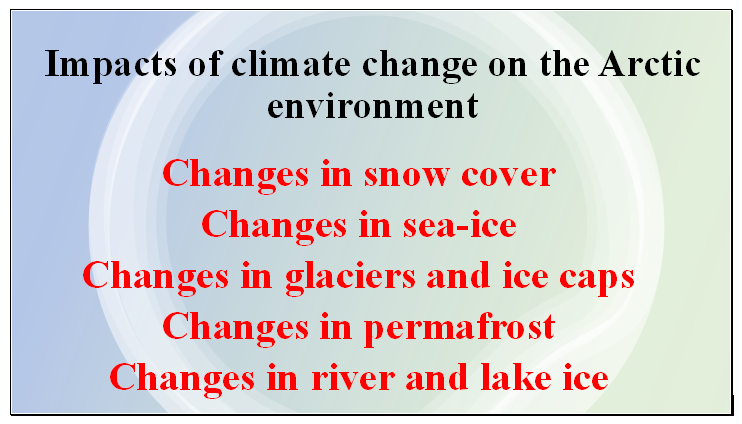 The climate in the Arctic is causing permafrost warming and decreasing snow cover, river and lake ice, sea ice, glaciers, and ice caps. It is also impacting the habitat of whales, polar bears, seals and seabirds. If greenhouse emissions and other climate-changing activities are not reduced, then we face a serious climate crisis.