Zakat can be defined as an Islamic financial term that refers to donating a portion of their wealth for charitable purposes every year. It is a compulsory process for every Muslim residing in any part of the world. It is considered as a way of worship for every individual of the Islam religion. It is believed that giving away money to the poor is a pure form of serving God, and it purifies the yearly income of a Muslim individual. A portion of the yearly savings is donated to the poor to fulfil their demands of necessities.

How can Zakat be explained in depth?

The literal meaning of the word Zakat is "purification". Thus, Zakat signifies a financial term used by the Muslims that indicate an obligation to donate a portion of their yearly savings to the poor to fulfil their necessary demands.

Zakat is known to be one of the five essential pillars of the Islamic religion. The other four pillars are the declaration of faith, prayer, fasting during Ramadan, and the Hajj pilgrimage. However, there is a fine line of difference between Zakat and Sadaqah. Sadaqah is the voluntary donation of money or gifts for charity purposes. In contrast, Zakat is a compulsory donation of money for charity purposes effective for people earning above a minimum threshold.

What is Zakat in Islam ?

The religious books and scripts have stated down a minimum amount of Zakat that should be donated to the people below the poverty line. They say that Zakat depends on the source of wealth, whether it came from farming, business, cattle, paper currency or gold and silver, etc. 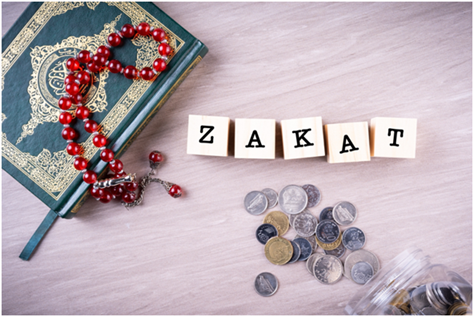 What is the history of Zakat?

The Islamic practice of Zakat was first initiated by prophet Mohammad and was collected on the day of Muharram first time. The idea behind Zakat was to donate money for the poor that will purify all the earnings and wealth of an individual.

Zakat is generally paid at the end of the year by analysing the yearly savings. It is donated to the poor and needy people who are primarily under heavy debts, soldiers fighting for the Muslims, struggling Muslim converts, slaves and other people below the poverty line. The Zakat collectors are also paid for the work that they do.

What is the difference between Zakat and Nishab?

Often, we notice the term Nishab being used before Zakat. The term Nishab refers to the minimum threshold of income required for an individual to be eligible to pay Zakat. At the same time, Zakat is the compulsory donation made to the poor and needy from a portion of the yearly savings of a Muslim individual. Zakat is mandatory for all Muslims.

What is the difference between Zakat and Sadaqah?

Zakat is identified as one of the five pillars of the Islamic religion besides the other four- declaration of faith, prayer, fasting during Ramadan and Haji pilgrimage. Zakat is an obligation to all wealthy Islamic individuals. It comes with a particular set of perks or expectations. Zakat needs to be paid annually and is used towards the welfare of the following. 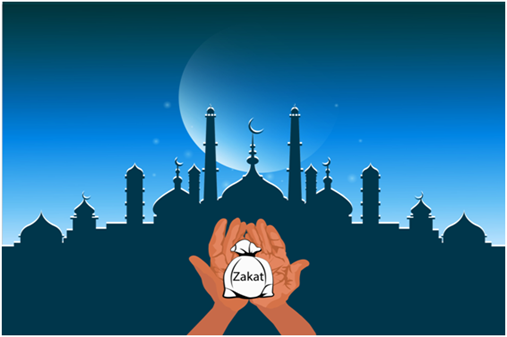 Sadaqah can be defined as the voluntary act of kindness and righteousness that does not expect anything in return. There is no lower or higher limit of Sadaqah, and neither does it have any requirement. Sadaqah can be categorised into two categories based on its time span; namely, Sadaqah, which is considered a short-term donation and Sadaqah Jariyah is considered a long-term donation. It is not mandatory to make a monetary donation in the case of Sadaqah. However, you may also share your knowledge with the poor to fulfil your Sadaqah responsibilities.

The benefits of Zakat and Sadaqah?

Is it possible to delay Zakat payment?

What happens if someone fails to pay Zakat?

Nowadays, many countries have become liberal regarding Zakat payment. It is no more considered a compulsory payment in those counties. However, in countries like Yemen, Pakistan, Saudi Arabia, Malaysia, Zakat is still regarded as a compulsory tax. Individuals have to face legal punishment upon failing to pay Zakat.

What are the exceptions involved with Zakat?

Zakat is identified as a mandatory tax to be paid by every individual of the Muslim religion. However, in many countries, the government has made it lenient, and Zakat is paid as per their personal choices. They may even opt themselves out of paying Zakat. However, in countries like Yemen, Pakistan, Libya, Saudi Arabia, Malaysia, Arab, and Sudan, Zakat has still considered a mandatory tax payment in today's date. Therefore, individuals who fail to pay Zakat in these countries are treated as tax evaders and have to pay the consequences accordingly.

What is Zakat in Islam ?