What is Virtual Reality?

Virtual Reality, or VR,  comprises of two words ‘virtual’ and ‘reality’, which together essentially mean ‘near-reality’.  We interpret and understand our surrounding environment using our senses like smell, see, touch, feel and taste. Also, we use our perception to understand our surroundings. Our sensory organs collect these data, which is then processed by our brain, and then the body acts accordingly and interprets things surrounding us.

VR helps us to provide the same experience even though we might not be present at that location. 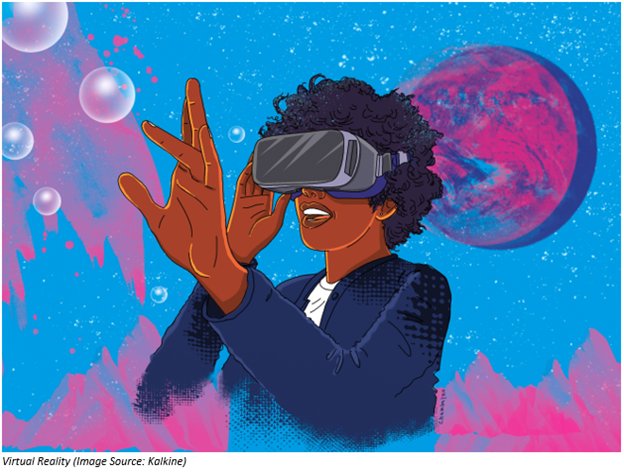 Let us understand it through an example. We all have seen 3-dimensional (3D) movies using specific glasses, known as 3D glasses. Suppose you are watching a movie where there is a scene near the seashore with high tides – the 3D glasses will make you believe that you are actually sitting at the seashore and able to feel the sound of the rising tides, even though in reality, you are still in the movie theatre. This is an example of Virtual Reality.

Hence, we can define Virtual Reality as the application of computer technology to form a simulated ambience. Virtual Reality helps people to communicate within a 3D environment with the help of technological devices like 3D goggles, VR headsets and so on.

How does Virtual Reality work?

At present, VR headsets are used for experiencing the 3D environment.  The VR headset is connected to either a personal computer, console, or smartphone via HDMI cable. The headset can also be connected to other devices like head and hand tracking, controllers, voice inputs.

Once the process of establishing a connection is made between the headset and any of the devices mentioned above, the following happens: 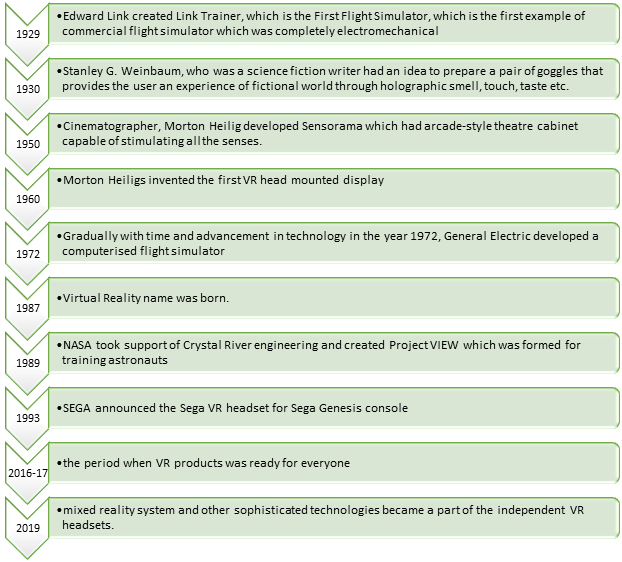 What to expect from VR in the Future?

Virtual Reality has a broad scope, and big players such as Google, Microsoft and Samsung have been quite active in this space. Virtual Reality started gaining grounds in 2016, and there was an increase in the number of VR games, applications, and software to provide the user with real-life experience. The combination of graphics, sound and an interesting story-line make the experience outstanding.

In the upcoming period, VR will have a substantial impact on various industries. Let us look at some of the industries where we can expect a growth in VR applications.

What is the Probable Size of the Virtual Reality Market?

As highlighted above, Virtual Reality has massive potential and could be a big market with a wide range of applications across various industries.

Market experts believe that the market size of VR in 2020 is around US$6 billion, and they believe this figure could cross the US$20 billion-mark by 2025. The CAGR of this market is expected to growth at ~27%. The availability of VR devices at affordable prices is the primary reason for VR’s anticipated growth.

What are the Potential Drivers of Virtual Reality Market?

VOD, BT.A, HTWS, AAF, CLX: Telecom stocks you may keep an eye on