What is a variable cost?

How can the concept of variable Cost be explained?

In contrast with Variable Cost, Fixed Cost, on the other hand, can be defined as the Cost that has zero chances of fluctuation irrespective of the production quantity.

How can variable Cost be mathematically calculated?

Before calculating the variable Cost, always remember that it is directly proportional to the production quantity of a company. The total variable cost can be simply calculated by multiplying the total quantity of output with the Variable Cost for unit output.

What is a Fixed Cost?

Fixed Cost can be easily defined as the Cost incurred by the company which is certain and has no chance of fluctuation. Fixed Cost acts as the opposite of Variable Cost. Fixed Costs are usually the most predictable expenditure that a company experiences every month, such as the salary of the employees, bills, debts, liabilities, etc. 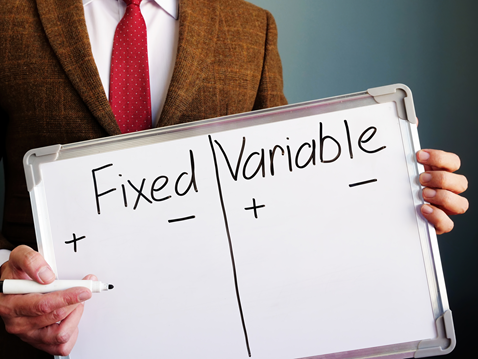 The total fixed Cost of a company can be simply calculated by subtracting the variable Cost from the total expenditure of a company.

How is the Variable Cost different from the Fixed Cost? 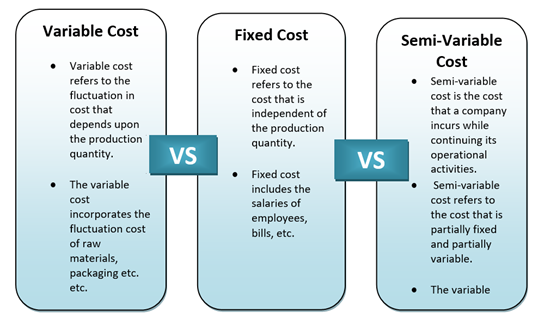 Semi-Variable Cost refers to such a situation when the Cost remains fixed up to a particular production limit; exceeding that limit give rise to variable Cost. Companies need to analyse that and strategically plan their production to minimise the variable Cost as much as possible.

To understand the concept of Variable Cost better, let us assume a situation where the production of a packet of biscuits cost AU$20. The cost can be broken down as AU$8 for raw materials and AU$12 for labour. In the following table, we have stated down how the production cost varies with the increase in the number of productions.