What is Reverse ICO?

Initial coin offering is one of the most significant steps to bring a boom in the cryptocurrency market. ICO is highly charged as it is associated with frauds and scams. Usually, ICO is utilised by the company when the company is looking forward to launching a currency in the crypto market and the tokens are issued to the interested people. The process of ICO is similar to the process of initial public offerings. Through ICO company aims at raising funds and use the same funds to break into the crypto market.

ICO model can be used by the existing companies also to achieve the success they are seeking, and this model is known as reverse ICO.

Reverse ICO stands for the method that is employed by the existing companies to decentralise their ecosystem by issuing tokens, enter into digital currency and raise funds. These companies generally cater to the physical world and offer some services and products to their customers.

Reverse ICO allows companies to raise funds through crowdsourcing and launch digital tokens as well. US Securities and Exchange commission commented that the tokens issued through reverse ICO should be considered as securities rather than cryptocurrencies.

What is the working of reverse ICO?

The process of reverse ICO seems to be dubious, as the already established company can raise funds through fiat money. If all the enterprises desire to convert their fiat money into cryptocurrencies, then it will not be a pragmatic approach. People might switch to corporates that still use fiat money rather than cryptocurrencies.

Taking a real-life example would be useful in understanding the same. In 2017, the Kik app used reverse ICO and raised $100 million. A suit was filed against Kik stating that it is misleading its investors as it is another form a security only. However, these stocks do not extend returns like traditional stocks. 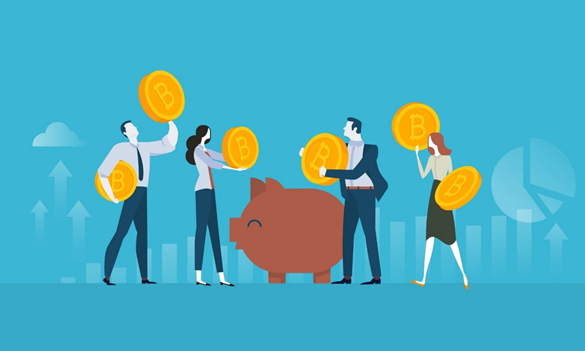 What benefits are associated with reverse ICO?

Raising funds is one of the major benefits offered by the reverse ICO, and in many cases, it is the only reason, a company may choose to opt for reverse ICO. Some companies can utilise reverse ICO for introducing their personal economy within a product or services they offer. For example, a company might use reverse ICO for allowing their users to use the digital currency for executing transactions on their applications.

Reverse ICO can extend more trustworthiness and transparency within the legal structure of the company. Greater transparency is provided as the valuation process in the reverse ICO is easier.

Generally, large sale firms rely on the Initial Public Offering (IPO) for raising funds and attract the masses. Small and medium scale businesses can utilise the reverse Ico for raising funds and venture capital. Moreover, the process of issuing tokens through reverse ICO is easy, less regulated and open to all (across the globe). This feature of reverse ICO is unlike IPO which is a complex procedure, and requires fulfilling a lot of legal formalities and funds can be raised through accredited investors.

Reverse ICO can help the companies to optimise the process of distribution and decentralising the whole company’s operations or part of it. In addition to this, ownership of the company can transfer to the blockchain, adding efficiency in the process.

Digital currency exchange is one of the prominent companies that has already undertaken reverse ICO. Since these companies are already part of the cryptocurrency and blockchain world, thus, the method of tokening their process is not a complicated part for them. There are still many exchanges that operate only from the business perspective and aim at keeping a distance from the emerging technology. When a currency is launched by a cryptocurrency exchange, then it allows the exchange to become autonomous and self-reliant. The token also acts as an incentive. For instance, exchanges offer their token for every transaction conducted through their platform or provide interest on their holdings in the wallet. The reward and interest payments are generally done in their personal currency.

What is the impact of reverse ICO on the investor and customers?

When a company uses reverse ICO for raising funds, then the business will enter the crypto world from the normal business world. Then, it is evident that the customers of the company will be affected as the fundamental process or company’s operations will change from the user’s end. It is similar to when a business goes for an initial public offering and then get listed on the securities exchange, it becomes a company.

In the reverse ICO, the effects are not generally negative. While considering the investor’s perspective, the investor will make a profit as and when the market changes. Moreover, they will be able to monitor their holdings on a real-time basis as blockchain technology will add transparency to the whole process. Also, the investors will enjoy the safety and security of the data extended by the technology. From the customers perspective as well, they will be benefited from the security and safety features offered. The processing of the transactions will improve. The user will be able to access their personal data and data related to the transactions easily.

The only obstacle that might be encountered by the company and the customers is getting used to the new technology. The companies can solve the issue by adopting simple user interfaces in the beginning stage.

Retail footfall in December may stay below 2019 levels: Stocks to eye