What is Regression Analysis?

Mathematically, regression analysis can be represented using the below formula.

In this equation, the sign of the co-efficient shows the relationship between the dependent and the independent variable.

Linear Regression is a basic form of regression used in machine learning. Linear regression comprises of predictor variable and dependent variable, which are linearly related to each other.

Linear regression is mathematically represented as:

where ‘e’ is the error in the model. The error is defined as the difference between the observed & the predicted value. 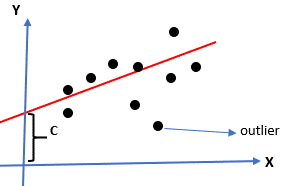 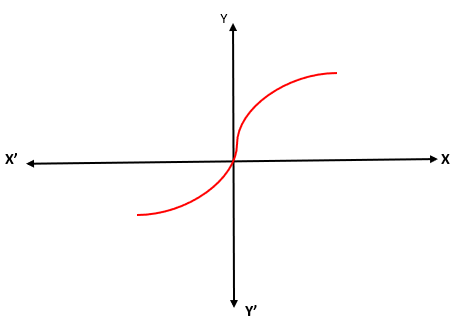 In the case of logistic regression, it is essential to note that data, in this case, should be extensive, which almost equal chances of values to come in target variable. Also, there should be no multicollinearity between the dependent and the independent variables.

Ridge Regression is used when the correlation between independent variables is high. The reason is that for multi-collinear data, we get unbiased values from least square estimates.

But in the case of multi co-linearity, there could be some bias value. Thus, in case of ridge regression, we introduce a bias matrix. It is a powerful regression method where the model is less prone to overfitting.

Mathematically, it is represented as:

Lasso Regression is amongst the type of regression in machine learning that performs regularization and feature selection. It does not allow the absolute size of the regression coefficient. Thus, it results in the coefficient value to get nearer to zero, which does not possible using Ridge Regression.

In Lasso regression, the features that are required is used and remaining are made zero. Thus, the chances of overfitting get eliminated. In case, the independent variables are highly co-linear, the n lasso regression picks one variable, and the other variable shrinks to zero.

Polynomial regression is a type of regression analysis technique which is similar to multiple linear regression with little changes. In this technique, the relationship between the dependent and independent variable is denoted by an n-th degree.

In polynomial regression, one fits a polynomial equation on the data using a curvilinear relationship between the independent and dependent variables.

N is the degree of polynomial

Bayesian Linear Regression uses the Bayes theorem to find the value of regression coefficient. In this technique, the posterior distribution of the features is determined instead of finding the least squares.

Briscoe (NZX:BGP): Is the Company’s strategic plan on track?

Beforepay tumbles 42% on debut- Is the party over for BNPL players?