Recapitalization is a type of corporate restructuring of the company’s debt and equity mixture, usually to stabilize or optimize a company’s capital structure. The process essentially involves exchanging one type of financing for another such as equity for debt or debt for equity or removing preferred

shares and replacing them with bonds. Some of the reason a business may consider recapitalization are bankruptcy, fall in share price or defend against a hostile takeover.

In Leveraged Recapitalization, the company changes its capital structure by using more debt by replacing part of its equity. A company issuing bonds to raise money is one of its examples.

In this, a company borrows money to generate cash proceeds, which is then used to buy back its outstanding shares in the market and reduce the proportion of equity in the company’s capital structure. This help company to increase its share price and earnings per share.

Leverage Buyout is similar to Leverage Recapitalization but initiated by third parties to the company. in this the company is acquired by the third party using debt as the main source of consideration and the company’s cash flow are used as collateral to secure and repay the borrowing.

During the leverage buyout, the balance sheet of the third party company is loaded with additional debt that is used to buy the target company. Subsequently, the capital structure of the acquired company or Target Company is changed as the debt-to-equity ratio increase significantly under this type of buyout. 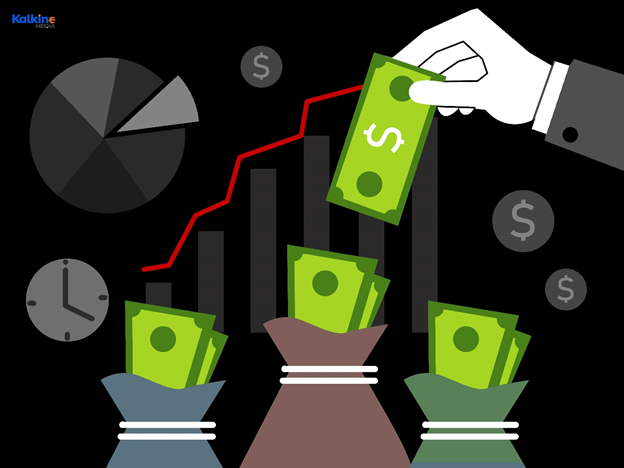 In equity Recapitalization, a company issues more equity or preference shares in order to raise money that are then used to buy back the debt and reduce the debt component, which can help companies having high debt-to-equity ratio. Higher debt-to-equity ratio increase interest burden on the company and increase risk level, making its shares less attractive to investors. Therefore, a company may reduce its interest burden by issuing new equity shares and using that money to pay back debt.

Nationalization also known as Capital Infusion is a special type of equity recapitalization where domestic government acquires majority shares of the company to obtain its controlling interest.  The government may use this method either to save the business from bankruptcy that is consider valuable for the economy and another reason may be to seize any illegally purchased assets of a company.

It may be used by the government sometimes to acquire the assets of a large and profitable private company, usually a foreign company operating within the country.

Increasing debt in the capital structure of the company increases the interest burden but lowers the tax burden as debts are tax-deductible. However, it is useful for a company, if their cost of interest is lower than the cost of equity and the company is making sufficient profits to pay the interest.

If the company wants to reduce their interest burden they can use Equity recapitalization as it may not want to reduce its profit or incur losses in paying the interest, which is an obligation even if company doesn’t make profit. Even if the company makes profit it may retain it for future growth and expansion opportunities as the company has choice to pay dividend to its shareholders.

Recapitalization may be used as defence mechanisms to prevent a hostile takeover attempt by another company. The management of the target company may issue more debt instrument to buy back its outstanding shares which makes the business less attractive to the potential acquirers.

The company may also issue right shares at a highly discounted price to increase the number of outstanding shares in the market, which makes it difficult for the acquirer to acquire the business.

The Government may use nationalization recapitalization to help sick public sector units to overcome their deteriorating balancesheet and the government may also infuse capital to help companies from bankruptcy. During an economic slowdown, the government also infuses capital in banks to boost their lending activities.

Divestiture is the opposite of nationalization. In this, the government sells its holding to private companies to reduce their losses, expenditure or to make the company more efficient.

At times when the interest rates become more favorable for the business they may issue new debt instruments to recall existing debt at a higher interest rate, which helps the company in reducing their weighted average cost of capital.

Sometimes companies reduce their debts to maintain a greater control over the business as debt holder impose restrictive covenants on the risks that may be taken by the business or on the fresh capital issues.

There are various costs associated with being a listed company as compared with the private companies, such as cost related to regulatory and disclosure requirements.

The company may issue debt to raise money and repurchase its outstanding shares in the market and the supply-demand forces may push the share price up. The main aim is to prevent the further fall in share prices.

HEXO and TLRY: What you should know before buying these TSX pot stocks