By definition, the increase in quarterly sales in a company when compared to the sales of another quarter is known as quarterly revenue growth. The sales figures of the present quarter can be drawn into comparison on a yearly basis. This means the third quarter of a particular year can be compared with the 3rd quarter of another year and so on. This helps investors, analysts as well as new stakeholders to understand how much a company’s sales have grown over a period of time. 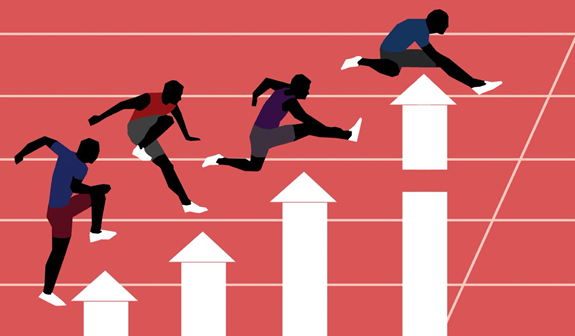 While analysing the quarterly or yearly financials of a company, it usually is not enough to look at factors like the revenue of the ongoing period. When planning to invest in a company, investors would want to know how the company has fared over the years. That is why an appropriate comparison of the financials from a given period of time with another helps in getting the correct picture of the growth graph of the Company, as well as the factors that have played a role in making this happen.

For instance, a given company generated a sum of NZ$66.2 billion in terms of revenue, for a three-month period that ended on September of 2021 while it earned NZ$58.7 billion for the period of three months that ended September 2020.

Here, the quarterly revenue growth witnessed by the company was 12.78%. Over a given period of time, if this is the kind of rate of growth that continues, this company could be a great investment. Besides this, growth rates can be calculated for multiple years which helps in more insightful and simplified decision making.

What are some De-merits of quarterly revenue growth?

Why is quarterly revenue growth not the only measure of success?

While it is one of the measures for the success of a company across quarters, there is a need to look at different quarters and the consistency of growth shown by an organisation. In case growth is measured in a 2- or 3-quarter format, it does not essentially provide the best results on whether or not the company could be a great investment in the longer duration.

On the other hand, it should be no cause for alarm when a company tends to do poorly in terms of quarterly revenue say, for two or three consecutive times.

The biggest example of this could be a travel company which while may not do so well in certain months could see huge spikes in other times of the year. Essentially, it is important to take a step back and monitor both directions of growth and loss in order to determine the pattern in which the company has been moving consistently. This would best help in deciding whether to buy, hold, or sell their interests in the same.

Why are some investors averse to revenue growth analysis on quarterly basis?

Few investors are of the belief that this kind of analysis offers a short-sited view on the organisation’s growth and revenue, rather than an all-rounded, more dependable one.

How is the revenue growth monitored for subscription businesses?

In the case of subscription businesses, the churn for consolidating recurring revenue and winning are taken into account to have a clear idea of what the company’s revenue growth is. This is because these businesses are largely based on the number of subscriptions made over a period of time.

For example, in the case of SaaS-based businesses, revenue growth is given more importance than churn, because it meets certain requirements of the trade. When there is some discrepancy in growth, companies instinctively devote energies towards weighing in more resources as well as detailed analysis in order to bring the cash flow at par.

How would you define growth rate?

The success of a company is measured in terms of percentage-wise changes achieved by it in a certain time frame. These are known as growth rates and can be of various kinds. Something that is most interesting to an investor is the rate of growth witnessed in factors like earnings, revenue, dividends, retail sales and GDP, etc. These are factors that can aid the investor in making the best decision about whether a particular business is worth investing.

Used to express annual, monthly, or quarterly changes in variable percentages, growth rates are a fine indication of the success or failure of a given business. Historically, this kind of measurement was first used by biologists to measure the size of populations, but they eventually made their way towards economic analysis and prove to be a great indicator of the same.

ANZ, WBC, HGH: Here's why these NZX banking stocks have been in news

TWTR, FB, and PIN among top social media stocks to explore in May