What do you mean by municipal bonds?

A municipal bond, also known as "muni bonds," is fixed-income security or debt security issued by a state, municipality, county, and other government agencies to finance public projects. These projects include infra-related construction of roads, highways, sewer systems, bridges, airports, schools, etc. These can be considered as loans that investors give to local governments. Municipal bonds are free from federal taxes and other state or local taxes, making them highly appealing to people falling in the high-income tax slab. General obligation municipal bonds are different from municipal revenue bonds. While the former provides cash flow through tax collection from a project, the latter returns cash flows generated from the said project.

When an investor buys a municipal bond, it suggests that they are lending money to the issuing company in exchange for an assurance of regular interest payment by the issuer, mostly semi-annually, along with the issuer's promise of repayment of the principal amount.

What are the common types of municipal bonds? 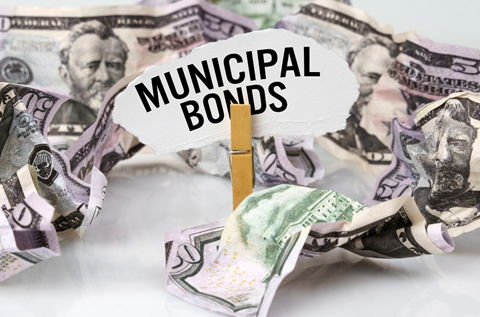 The categorisation of municipal bonds depends on the source of its interest payments and the principal repayments. Different risks, advantages, and tax treatments are associated with different bonds, mainly depending on their structure. It is to be noted that the income generated from a municipal bond can be subject to taxation. For instance, if a bond issued by the municipality does not qualify for exemption from federal tax, this would mean that the income generated from the bond will be subject to federal taxes.

The two most common types of municipal bonds are: 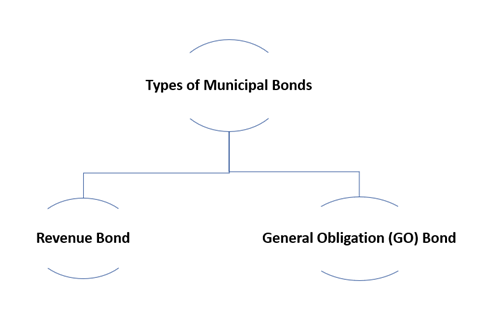 What are the risks associated with investment into municipal bonds? 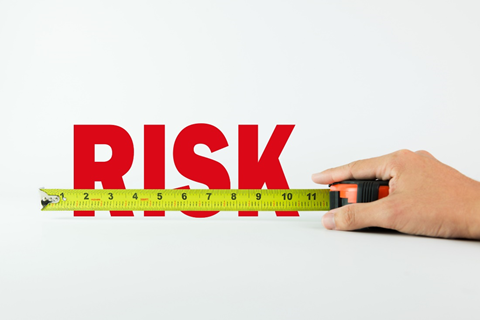 Municipal bonds carry little or low default risk as compared to corporate bonds. Default is when the bond issuer fails to make timely payment of the interest and the principal amount to the investor.

Furthermore, revenue bonds are more exposed to changes in consumer preferences or the usual economic slowdown than GO bonds. For instance, a facility concerning delivering water, sewage treatment, or providing other essential services has more reliable revenue than a park's rentable shelter area.

Most municipal bonds are illiquid, which means that they cannot be converted into cash quickly. Thus, when an investor is in cash requirement, they will have to sell other securities because municipal bonds cannot be easily exchanged for cash sans a substantial loss in their value.

Most municipal bonds come with call provisions. Call provision allows an issuer to repay the bond before its maturity date. Usually, an issuer typically calls a bond when there is a decline in the interest rate. In such a situation, the issuer might want to reissue the municipal bond to benefit from lower interest rates. However, when a bond is called, investors lose the income they were receiving in the form of interest payments, and thus to make up for this loss, they tend to reinvest in a bond that offers a lower return.

Which all factors should an investor consider when investing in municipal bonds?

Tax implications: It is always good to consult a tax professional to understand the bond's tax implications better. For example, an investor should know if the bond will be subject to federal or exempted from federal, state, or local taxes.

Compensation of the broker: The way brokers are compensated depends on their roles in the transaction process. Usually, bond deals are introduced by a brokerage dealer, which can act as an agent or as a principal. The broker-dealers can mark up the price when they own it and are selling it to their client. It is to be noted that markups are a legal way for broker-dealers to earn a profit. However, since the investors are not informed about the broker-dealer's initial transaction, they have no idea as to how large of a markup they are paying while purchasing a bond. Therefore, it is always advisable to seek information about markups and commissions from your broker. In addition, an investor should always do a background check of the broker or adviser from whom they are purchasing the bond. Other essential things that the buyer should consider are: registration of the firm with the Municipal Securities Rulemaking Board (MSRB) and with Financial Industry Regulatory Authority (FINRA), the Securities and Exchange Commission (SEC) or a state securities regulator, and the license of the securities salesperson. Finally, it is crucial for an investor who is buying a bond to know the difference between the original or existing market price and the markup of the bond.

However, in the 2018 amendment, the Securities and Exchange Commission (SEC) was made to bring transparency in the transaction cost involved in selling and purchasing municipal bonds between a broker and client. As a result, the agreements must disclose the total dollar amount of the markup and the markup percentage concerning the bond purchase price.

However, as per the ruling, the markup will not be disclosed if: