LNG stands for Liquified Natural Gas. A natural gas that has been liquified below -161 degrees Celsius for the convenience of transportation and storage is known as Liquified Natural Gas (LNG). As we studied it in our elementary stage that gases occupy larger volumes because of more free molecules as compared to the same amount of liquid or solid which contains packed molecular structure. Due to the high volume of Natural Gas, transportation and storage become economically non-feasible. Whereas liquified natural gas contains around 600 times less volume as compared to natural gas in the gaseous phase.

Due to the residential & commercial heating requirements, the net demand for natural gas is high during the winters as compared to the summers. To minimize the gap between demand and supply it is necessary to store the excess produced natural gas during summers so that it can be supplied to the consumers during periods of high demand time i.e. during winters. 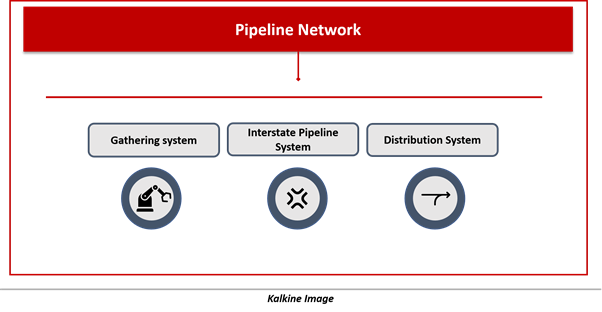 Conventionally natural gas is transported from its place of origin to the end-users with the help of a complex pipeline network which contains mainly three types of pipelines along their route of transportation:

The major challenge in conventional storage of Natural Gas is the availability of storage systems and the volume of the storage system. There are numerous cases observed where the availability of natural storage is present but the basic necessities like Base Load Requirements (BLR) & Peak Load Requirements (PLR) are absent. These are basic necessities of a reservoir for holding enough natural gas for long term demand fluctuations and for a sudden increase in demand for a short-term period respectively

Usually, the transportation of Natural Gas is carried from major gas producing countries like Algeria, Australia, Brunei, Indonesia, Libya, Malaysia, Nigeria, Oman, Qatar, and Trinidad and Tobago to other parts of the world through the gas pipelines but due to limited access, gas pipelines in various parts of the world, the transportation is carried out through oil tankers in the form of LNG.

LNG terminals compress the volume of explored Natural Gas up to 600 times the original volume and make it easy to transport from one place to another, thus optimizing per unit cost of transportation.

In the past, natural gas was considered as a byproduct produced during the production of crude oil, but advancement in technology and greater energy demands pushed engineers to utilize natural gas as a source of energy too.

The natural gas stream is separated into Methane & Ethane (gaseous fraction) and Propane & Butane (liquified fraction). Propane, Butane, and other higher hydrocarbons can be stored in liquid form at relatively lower pressure whereas lighter hydrocarbons like methane & ethane are condensed by cooling down it to liquid form for easy transportation & non-pressurized storage. 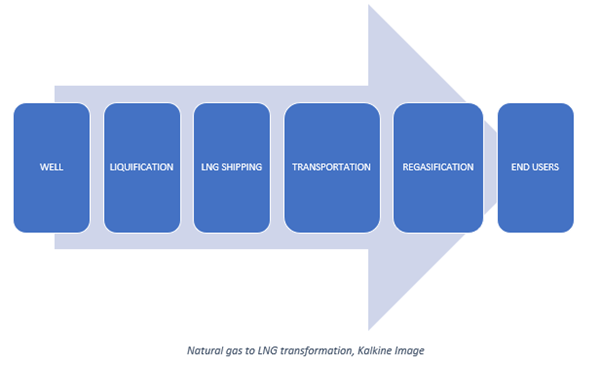 LNG can be shipped from the treatment plant via ocean or road transport network depending on the end-user destination. For ocean transport, LNG is loaded on double-hulled ships containing cryogenic tanks, that are specially constructed ships used for transportation purposes and are technically designed to transport large quantities of LNG. For road transportation, trucks mounted with cryogenic tanks can be used. Liquification & storage of LNG can also be undertaken at LNG storage facilities which can store gas in liquified form for "peak-shaving" or to balance the demand and supply gap peaks.

Commodity Market at Multi-Year Highs, 10 Hot Stocks to look at

Why These 5 ASX Energy Stocks Are Drawing Investors’ Attention