What is an implied contract?

On an informal basis, an implied contract is a type of legal agreement, originates from the parties' connection and establishes legally binding obligations.

The contract is not established on any agreement between the two parties, whether oral or written. However, an implied warranty that emerges from purchasing products that are likely to perform specific functions and the guarantee establishes the producer's legal obligations to the purchaser regarding the product's functionality is an outstanding example of an implied contract.

What does it mean to have "implied contracts"? 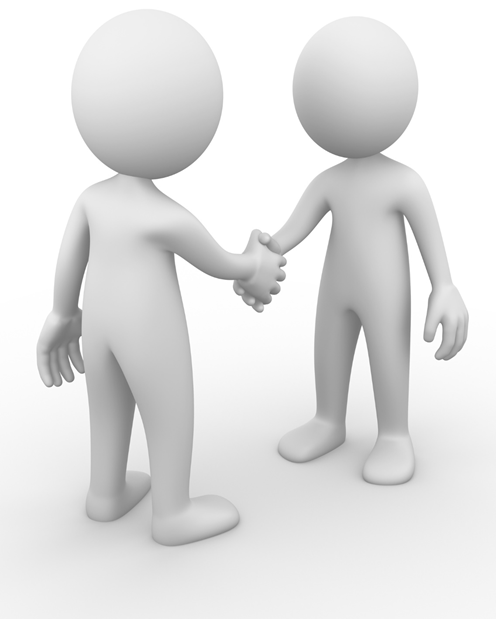 Based on the two parties' circumstances, actions, and activities, an implied contract is formed, which is a legally binding obligation.

The basic principles of an implied contract are that no one should enjoy unfair advantages at the cost of another person and that fair play does not need a spoken or written agreement.

For instance, when a person buys a new refrigerator, it must perform its function. If a new refrigerator does not keep food cool, it means either the seller or the maker has breached an implied contract. Customers also have faith in the product's producer for its quality, and they are willing to pay for it. Hence, after purchasing a new product, it must work flawlessly and not betray the faith of its customers.

The implied contract is sometimes used in business-to-customer relationships and could be applied professionally and personally. There are legal grounds to claim that a contract existed even though it was not officially drawn up if sometimes one of the parties fails to meet its portion of the agreement.

Furthermore, it can be considered that both parties derive the agreement as a result of the interactions involved. In most cases, a consumer will pay for a service they value, and the parties' agreement is implied to some extent. The payment prompts the business side's responsibility to provide a specific service or product, but there isn't always a verbal agreement or formal document in place.

What are the features of implied contracts?

An implied contract has a few distinctive characteristics. So, the most crucial characteristic of the agreement is that no words, written or oral, are exchanged. It's reasonable to believe that the parties have a tacit understanding that they've reached an agreement based on the surrounding circumstances and their behaviour.

In this scenario, one party obtains a benefit from another party to understand that the offering party anticipates being compensated for the benefit offered.

Another significant element of an implied contract is that it is legally binding and enforceable in the same way that express contracts are. Therefore, because certain contract terms are not expressly stated, enforcing implied contracts can be difficult.

Furthermore, in many jurisdictions, certain agreements, such as those with a significant financial value or those involving land sale, need a written contract to be enforceable. 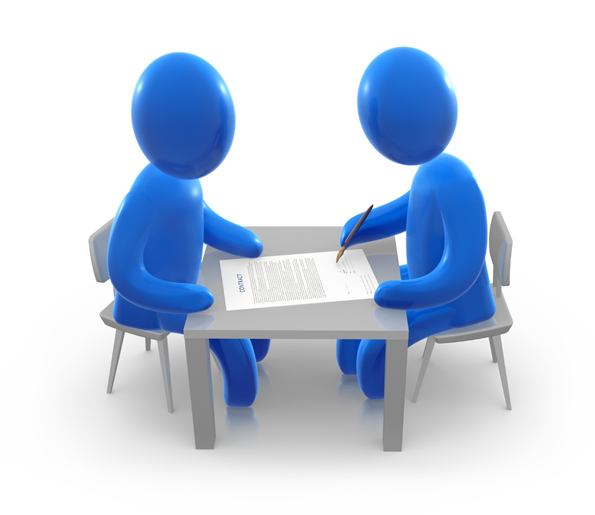 What are the various sorts of implied contracts?

Implied-in-law contracts are mainly based on a set of circumstances rather than the actions of the parties concerned.

The core rationale that enables the legal enforcement of implied contracts is based on the basic concept of fairness and the belief that it entails. No party should be able to gain from the efforts of another without being paid fairly.

In addition, courts will accept an implied-in-law contract when one party would benefit at the cost of another. It is a significant aspect of such contracts that a contract might be accepted to have existed even if neither party intended to enter one.

Here's an example of a contract that is implied-in-law. On a lovely morning, Doctor Peter notices his neighbour, who lives next door, collapse on his front porch. Peter rushes to the neighbour's aid, discovers that he has suffered a stroke, and offers medical treatment to the man until emergency services arrive at the spot.

Doctor Peter later sends the neighbour a charge for his medical services. In most cases, a court will acknowledge the existence of an implied-in-law contract between Peter and his neighbour. This is because the fundamental concept of justice allows Peter to be paid fairly for the professional services he offered during the emergency. However, the neighbour did not ask for the services or intend to pay Peter at the time. 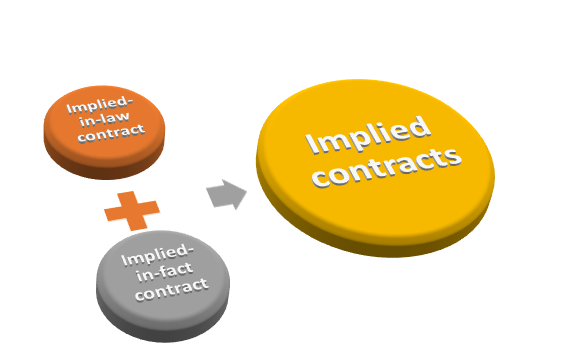 The implied-in-fact contract is typically derived from the respective parties’ actions, demonstrating that they each have a tacit knowledge that they have formed an agreement with obligations on both sides.

Implied-in-fact contracts are like express contracts. In this sort of contract, one party makes an offer accepted by the other, a form of consideration exists, and both parties desire to enter a contract. However, there is a distinction, as the provisions of an implied-in-fact contract are deduced from the parties' behaviour rather than being stated verbally or in writing.

The existence of an implied-in-fact contract relies on the acts of the concerned parties. For instance, a person walks into a hair salon to get a haircut, which is then given to him by the other party. When a first party requests a haircut, he has implicitly consented to pay the haircut's cost. On the other hand, the second party has implicitly consented to offer that service in return for financial compensation before trimming the hair.

Here's how ASX energy index has performed against its peers