What is the Hierarchy of GAAP?

GAAP stands for the Generally Accepted Accounting Principles. GAAP hierarchy lays down the relative authority of accounting guidelines and principles which governs the accounting standards of the United States.

The hierarchy of GAAP was introduced to keep uniformity in account recording and management practices. Furthermore, it added clarity to the governing standards. The necessity to introduce hierarchy arose because of the presence of numerous accounting regulatory entities in the United States, each extending its own set of accounting guidelines. The major accounting entities are the Securities and Exchange Commission (SEC), the Financial Accounting Standards Board (FASB), and the American Institute of Certified Public Accountants (AICPA).

Why is hierarchy of GAAP required? 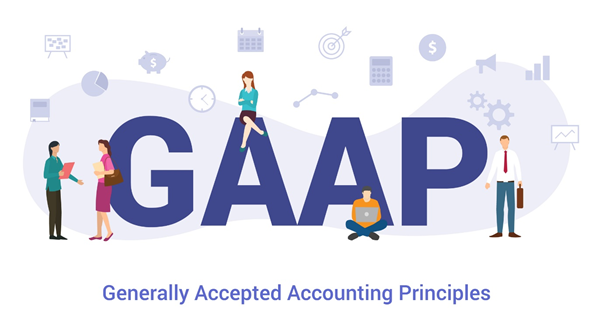 What are the four levels of GAAP hierarchy?

The details about the GAAP Hierarchy are available in the FASB’s Statement of Financial Accounting Standards No. 162 which was published in 2008.

Which entities are governing accounting standards in the United States?

Out of all the entities which lay down the standards, professional guidelines, principles and regulations for accounts, SEC is the only official government entity that has the legal enforcement powers. The guidelines extended by the SEC are majorly in the interest of accounting requirements of the companies which are trading publicly.

In 1973, the FASB, a non-profit organisation was founded to lay down the standardised financial and accounting reporting practices keeping in view the interest of both non-profit and for-profit organisations. In reference to the financial practices and accounting standards, FASB’s authorities position increased gradually over the years and ultimately it became a preeminent body that deals with the interpretation of GAAP.

In the United States, The AICPA is the primary organisation which deals with Certified Public Accounts (CPAs). AIPCA have professional members, students affiliate members and members who are associated with other countries. It is one of the largest professional organisations across the globe.

GASB stands for the Governmental Accounting Standards Board which was established in 1984. It is an independent and is a private sector organisation that is based in Norwalk, Connecticut. The organisation is involved in the establishment of the financial reporting and accounting standards for the local government and the United States which follows the GAAP (Generally Accepted Accounting Principles).

The GASB standard is identified by the state and local government, the American Institute of CPAs (AICPA) and state boards of Accountancy as authoritative. The accounting standards are issued and developed by the GASB through an inclusive process and by maintaining transparency with the aim to promote financial reporting. It aims to generate reports which can extend information to tax payers, investors, public official and other parties who are interested in the financial reports.

FAF (Financial Accounting Foundation) oversees and supports the GASB. FAF was established in 1972. It is a private sector, independent and not-for-profit organisation that is based in Norwalk, Connecticut. It is responsible for the administration, oversight, appointment, and financing of the GASB and FASB (Financial Accounting Standards Board).

What is the mission of GASB?

The FASB, the GASB, the FAF management and trustees have a collective mission and each entity have a specific function and rule –

What is the Hierarchy of affect theory?

Waste management in Australia: Here’s what you need to know

Which are the booming applications of copper?

An Internet Revolution: What is Status?

Ether vs Ethereum: What is the difference?