What is CAPE Ratio?

The CAPE (Cyclically Adjusted Price-to-Earnings) Ratio is calculated by dividing a company’s stock price by the average of a company’s inflation-adjusted earnings over ten years. CAPE ratio is also known as Shiller P/E or PE 10 Ratio.

It is widely used to measure the valuation of the S&P 500 index. The Shiller PE of the Standard and Poor's 500 (S&P 500) currently stood at just over 30 (as of early August 2020). Investors use CAPE Ratio to determine whether the price of a stock is correct or not. They also use the ratio as a valuation metric to forecast future returns. 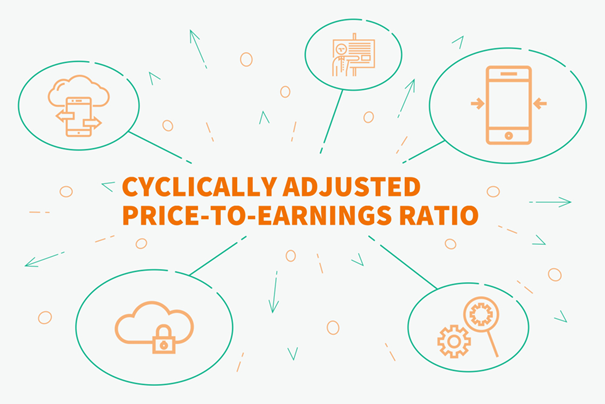 What is the relation between CAPE Ratio, Earning Per Share (EPS) and (P/E) ratio?

Cape Ratio is considered similar to the Price-to-Earnings (P/E) ratio. P/E ratio tells you whether the price accurately reflects its earnings potential or its value over time.

It is the company’s market value per share to its Earning per Share. Earnings Per Share is equal to a company’s profit divided by number of outstanding shares.

How can the CAPE Ratio help us understand the financial situation of a country?

The CAPE ratio has played an important role in spotting potential bubbles and market crashes. The highest level of the ratio for the S&P 500 Index is over 30. The history of the US financial markets witnessed record-high levels three times. The first was in 1929 before the Wall Street crash that marked the start of the Great Depression.  The second was in the late 1990s before the Dotcom Crash, and the third was in 2007 before the 2007-2008 Financial Crisis. Furthermore, lower CAPE ratio indicates higher returns for investors over time.

What are the advantages and disadvantages of CAPE Ratio? 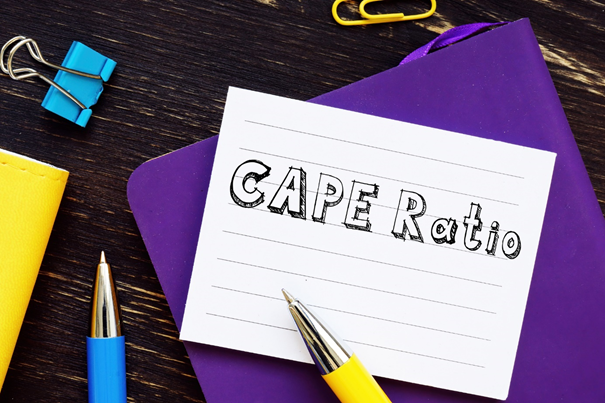 What is the current situation of the stock market with regard to CAPE Ratio?

Based on the CAPE ratio, the most expensive stock markets (among the 25 largest economies measured by their Gross Domestic Product or GDP) can be found from the US, India, and Japan. The most undervalued countries are Poland, Russia, and Turkey.

The investors might find it difficult to decide whether to sell all their US stocks and buy Russian and Turkish equities instead. The CAPE ratio of Russia looks temptingly low, but it is worth remembering that the CAPE Ratio of the country has been lower than 10 since the financial crisis of 2007-2008. Hence, based on the average valuations of the Russian stock market for the last ten years, the Moscow Stock Exchange looks actually quite expensive. Turkey’s valuation multiples are at present evidently lower than they have been in the past but given the current political turmoil in the country the low valuations can easily be justified.