Dividend Imputation is a tax plan that helps in avoiding double taxation on dividends from companies to investors who get these cash payouts. The system shows that the company that has issued dividends has already paid tax on its profits.

Dividends are payouts made by publicly traded corporations to investors as a reward for their investment.

The problem of taxing twice or double taxation is tackled through tax credits. The investor who gets the dividend receives a tax credit from the firm by which tax authorities are informed that the company has paid for the needed income tax on dividends.

What is the objective of dividend imputation? 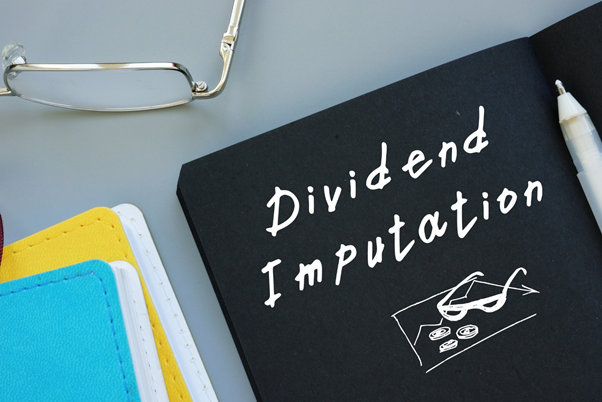 To overcome this situation, the imputation system provides investors with a tax credit to reimburse them for the tax already paid on their behalf by corporations.

An investor's dividend sheet shows the amount of dividend imputation as well as the value of the tax credit. The amount previously paid by the firm on dividends is used to counterbalance their total year income when they file their annual tax form to the government.

How is imputation credit calculated?

If an investor collects a $70 dividend from a firm that pays a 30% tax rate on its earnings, his/her franking/imputation credit is $30. This means that every shareholder will get $30 franking credits and $70 dividend amount, making a total measurable income of $100.

Though, each shareholder’s marginal tax rate must be taken into account to know if they will get the credits as tax refund or pay an extra tax to Taxation Office.

The notion of imputing or franking credits was first introduced in 1987. It gives investors in lower tax rates an extra reason to invest in dividend-paying firms. These credits help in promoting long-term equity ownership, leading to a rise in dividend payouts to investors.

Other nations may explore, including franking credits in order to decrease or abolish double taxation. As a result, supporters of a similar system in the United States and other countries are keeping a careful eye on the consequences of franking credits.

How does Dividend Imputation work?

Dividends are considered a form of income in most nations. This means they're generally combined with other sources of income when calculating total taxable income Whenever a business makes a profit, it is mandatory to pay tax on that profit.

With the imputation tax present, tax authorities will tax the dividend income only once instead of taxing the same income twice if no imputation system is there.

For example, assume that corporate tax rate and marginal tax rate in a country are the same at 30%. Investors will not be required to pay taxes on dividends in this case as the company haas already paid a 30% tax on the profits earned.

Many countries that formerly supported such a tax scheme have changed their minds. Some of them have totally eliminated such a system, while others prefer partial credit.

Partially imputation with tax credits was once available in the United Kingdom and Ireland, which effectively decreased dividend taxes from 12.5% to 25%. Full dividend imputation was formerly offered in Germany, Finland, Norway, and France.

Should countries keep using this system?

Supporters of imputation claim that double taxation problem encourages companies to choose taking debt over issuing stock shares when companies need money. Companies can raise cash for working capital or capital expenses by offering debt instruments to people or institutional investors or issue shares of stock in a public offering.

Removing imputation and cash needs may also encourage firms to retain their cash instead of releasing it to shareholders, leading to swollen balance sheets. They claim that this has the impact of slowing down economic growth.