What is meant by diminishing returns?

Diminishing returns is also known as the law of diminishing returns or law of diminishing marginal productivity, or the law of variable proportions. The factors of production may be classified as fixed or variable. As per the law, holding all other factors constant, when more and more of a variable input is employed, initially the production increases at an increasing rate. Later the production increases at a decreasing rate until finally when the output begins to decline. This law can be understood based on the following concepts- total product, average product and marginal product.

What is meant by total product, average product and marginal product?

What are the assumptions behind this law?

For this law to hold good, the following assumptions are required

What are the stages in which we observe diminishing returns? 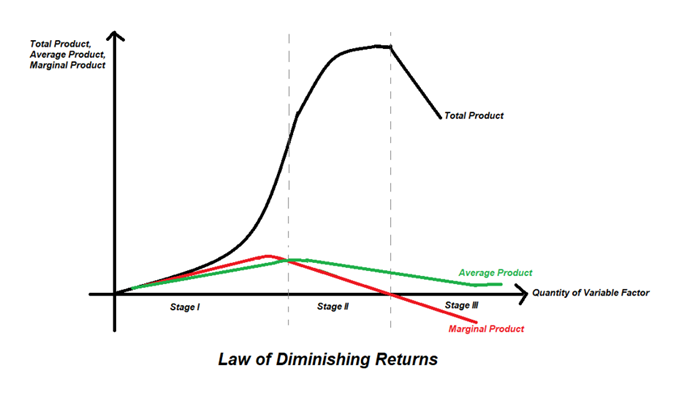 With further employment of the variable factor, when production enters stage two, the total product grows but at a diminishing rate. Correspondingly marginal product declines but is still positive. The starting point of Stage two is where the average product is at its peak and is beginning to fall. Now the value of the average product is greater than that of the marginal product. Stage two of production ends where the total product reaches its maximum level.

What causes increasing marginal returns to a factor in the initial stages?

What causes diminishing marginal returns to a factor?

Once the variable factor is sufficient to ensure efficient utilisation of the fixed factors, employment of more variable factors makes the fixed factors relatively lower, leading to a decline in average productivity and marginal productivity beginning to decline. This is because every additional variable factor can increase the total output by lesser and lesser amounts. The fixed factors are characterised by indivisibility. Thus, when they are put to use more and more intensively, the factor proportions are lower on optimality. The diminishing returns is also caused because factors are not perfect substitutes for each other.

Labour is a variable factor working on a farm land 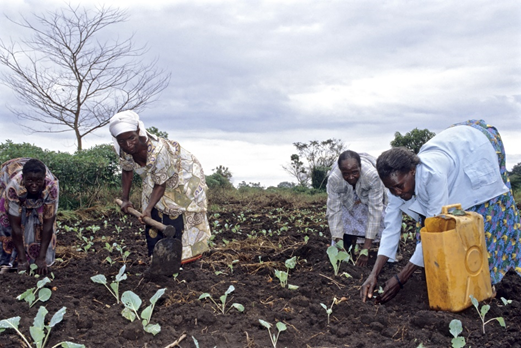 What causes negative marginal returns to a factor?

At the third stage, the amount of variable factors is highly excessive compared to the fixed factors- this is to the extent that the functionality of both the fixed and the variable factor gets hampered.

Auckland International (NZX:AIA): How would it perform in its interim results?

Why is crypto market down? 5 key reasons