Blowout is a form of uncontrolled formation fluids flow from an oil or gas well which may contain water, gas, oil, or a mix of these fluids. The blowout takes place when pressure control equipment fails to control the pressure of formation fluids. It may lead to the loss of lives, impact health of the crew working on the site, and have adverse effects on the environment. Blowout preventors are being installed on every well to prevent such incidents and avoid loss of lives.

Let us try to understand the cause of blowouts.

Drilling mud is a high density, viscous fluid that is used to bring drill cuttings to the surface. However, it is also used to maintain the borehole's hydrostatic pressure, another key function of drilling mud.

Drilling mud is pumped into the wellbore through the drill pipe to drill bit, where it exits from the nozzles present on the face of the bit to clean the teeth of bits and carry drill cuttings to the surface. While carrying drill cuttings, the mud, which is frequently referred to as Drilling Fluids, helps maintain hydrostatic pressure inside the wellbore. The drilling mud balances the formation fluid pressure, disallowing formation fluids to enter the borehole.

Hydrocarbons are found in subsurface reservoirs, usually in compressed form under high pressure due to the overburden pressure of thick sedimentary layers. The fluid entrained in these formation's pore space exerts pressure on the borehole, which is counterbalanced by high-density drilling mud.

However, sometimes the well encounters an overpressured formation zone while drilling. This overpressured zone exerts extra pressure on the borehole, disabling drilling mud to balance the formation pressure. As a result, the formation fluids start entering the wellbore, a process known as “Kick”.

If a driller detects the kick on time, the chances of blowouts can be reduced by eliminating the kick by pumping high-density drilling mud and by closing the well at its entry point. However, most blowouts take place due to late or non-detection of kicks on time.

In addition to that, a major source for blowouts is the wrong usage of rams to shut the well. Most BOPs come with a rated range, under which a BOP works efficiently. However, wrong pipe rams are ineffective to shut the well completely and served as the main reason for a BOP's failure leading to a major disaster. BOPs are not failing proof equipment if the pressure exceeds further to their specified limit. 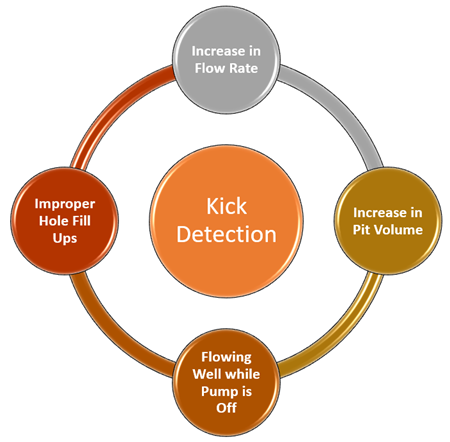 There are three primary types of blowouts that can be observed while drilling and can lead to disastrous consequences.

Should Rapid antigen tests be free for all in Australia?

How is crude oil extracted?