A Bitcoin wallet is a software application that stores Bitcoins. It offers the consumer control over their Bitcoin balance and make receiving and sending Bitcoins easier. Every person who has a balance in a Bitcoin wallet has a secret or private key that corresponds to that wallet's Bitcoin address.

What does having a Bitcoin wallet signify?

Bitcoin is a type of digital currency that can't be physically stored and doesn't exist in any form. A trader must first create a digital wallet to exchange Bitcoins. Private keys are used to access public Bitcoin addresses, and transaction signatures must be safely stored instead. A Bitcoin transaction is made possible by combining the individual's private key and the recipient's public key. 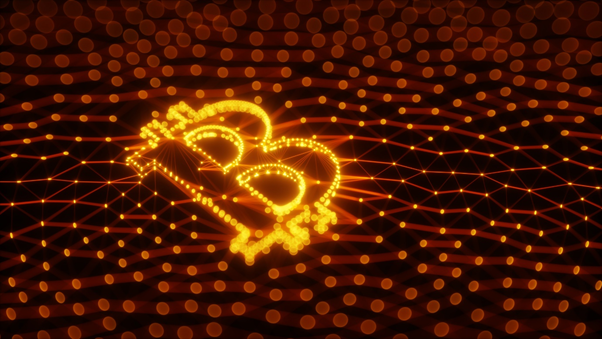 What are the various kinds of Bitcoin wallets?

A paper wallet is a document that contains both a public address for obtaining Bitcoins and a private key for spending or transferring Bitcoin deposited at that address.

QR codes are often printed on paper wallets so that the keys can be easily scanned and added to a software wallet for the transaction. Users can build a random Bitcoin address with their private key using a paper wallet that can be created using services. The produced keys can then be printed, with the option of ordering holographic labels or a tamper-resistant design from some services.

The main advantage is that the paper wallet's key is kept offline, making it entirely impervious to hacker attacks, such as malware that can record the user's keystrokes. However, caution should take care of when using a wallet.

A mobile BTC wallet is a must-have for anyone who regularly uses Bitcoin, whether it is to pay for products in stores or trade it face-to-face. It operates as a mobile app, storing private keys and allowing payments to be made directly from the phone.

Every complete Bitcoin client must have access to the entire blockchain database, which takes up many gigabytes of storage space and is continuously increasing. Mobile wallets take advantage of streamlined payment authentication technologies for these purposes. They only operate with a small portion of the blockchain and depend on trustworthy nodes in the Bitcoin network to ensure that they have the most up-to-date details.

Despite being a convenient on-the-go option for Bitcoin storage, mobile wallets are vulnerable to hacker attacks. Furthermore, if others gain access to a person's mobile device, they can lose control of their wallet.

Web wallets keep private keys on a server that is continuously online and managed by a third party. E-wallets, like mobile wallets, allow users to access their funds on the go from any computer with an internet connection. If private keys are not properly secured, the organisations that operate the website will access them, giving them complete control over funds.

Desktop wallets can be downloaded and installed on a computer's hard drive, storing private keys. They're safer than web and mobile wallets because they don't rely on third parties for data access and are more difficult to steal.

They are, however, already linked to the internet, making them potentially insecure—those who exchange small amounts of Bitcoin from their computers profit greatly from desktop wallets.

The user's private keys are stored in a protected hardware computer with a hardware wallet. There have been no reports of money being stolen from a hardware wallet to date. Hardware wallets can use interactively and safely. Furthermore, they are resistant to computer viruses. The funds deposited cannot be transferred out in plaintext. Their programme is usually open-source, all of which combine to make it the safest way to store any amount of Bitcoin. 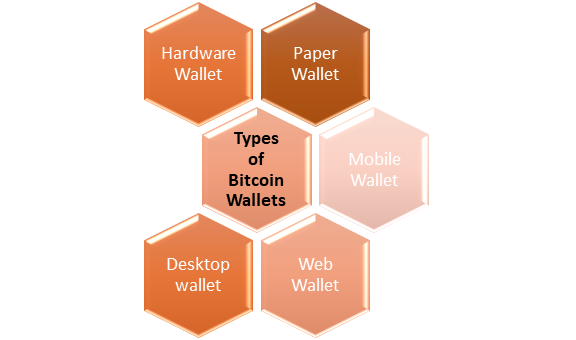 The Trezor hardware wallet is an offline storage unit for digital coins. It's a secure device with multi-factor authentication that can hold over 1,000 digital coins. The more expensive Model T has more features, a better screen, and a more user-friendly interface that accepts more coins.

The Ledger Nano S and Ledger Nano X are hardware wallets that store bitcoins on a computer that is not connected to the internet. Ledger devices are small USB flash drive-sized devices that attach to a computer or phone to store and access digital holdings. Ledger is a digital wallet that supports over 1,800 digital coins and tokens and is protected by a stainless-steel shell.

Coin staking is also supported by Ledger Live, allowing the individual to receive incentives based on balance.

Exodus is a software wallet that can use on both a device and a smartphone. This digital wallet has a user interface that is appealing and supports over 100 different digital properties. 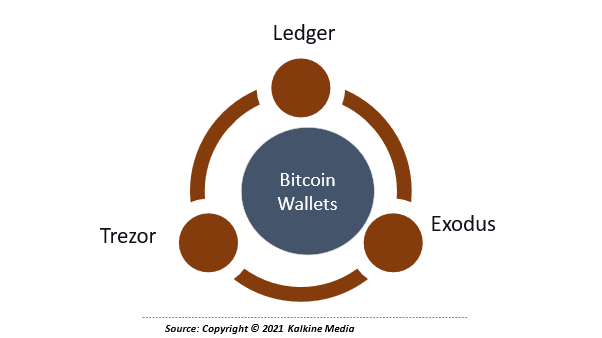 What factors do you consider when selecting a Bitcoin wallet?

The best bitcoin wallet is determined by your level of familiarity with technology and your objectives. Here are a few of the best wallets for various situations:

For the beginners: Consider beginning with an online wallet that charges meagre transaction fees. For this category, Coinbase, SoFi, and Robinhood are the best options.

Experienced users: Hardware wallets provide the highest level of protection, and Ledger and Trezor are good choices for this category. People who are already familiar with computers should have no trouble handling the added complexities.

What are the benefits of using a Bitcoin wallet?

What are the risks of storing Bitcoins in a wallet?

Kalkine: Why has Bitcoin reached its 9th consecutive month of diminishing value?

ASX 200 to open higher ahead of RBA’s minutes

Kalkine : Crypto ETFs are a better investment than crypto tokens

Kalkine : Why is Bitcoin losing its market share while Ether is increasing?

Is green gas a good option for your home or business?

Kalkine : Have we missed the crypto winnings?