What is backward integration?

Backward integration is a form of vertical integration which involves companies acquiring or creating processes enabling the company to produce its own inputs. These processes are those which the company had previously assigned to other companies up the supply chain.

Complete vertical integration is achieved when a company is involved in all the stages of the production process. This can be achieved by the firm either by mergers and acquisitions with the companies in the supply chain, or by starting its own subsidiary to perform the tasks which had formerly been assigned to these companies. 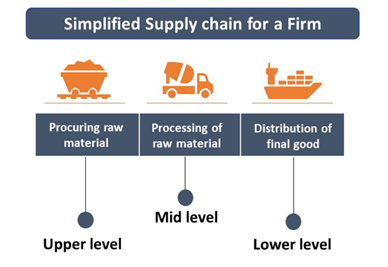 Backward integration is a form of vertical integration used to make the business more competitive.

What are some examples of vertical integration?

Vertical integration can be better understood with an example.

Forward integration involves companies acquiring or merging with those firms that are engaged in the distribution or in the retailing process of the product.

For example, consider a cheese processing company that sells its product to a retailer for resale. If the company decides to set up its own retail chain, or its own digital platform to sell its cheese then it would be forward integration.

What are the advantages of backward integration?

What are the challenges with backward integration? 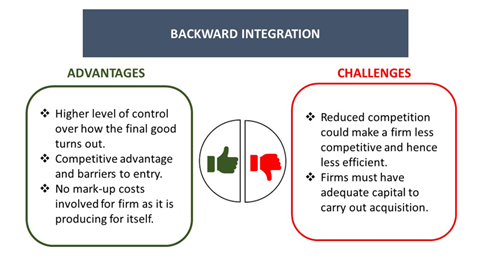 Why is Fortescue (ASX:FMG) in news these days?