The Canadian technology sector went through a massive market selloff earlier this month that worried many investors. However, some market experts believe that tech stocks, specifically in cloud computing, e-commerce, and semiconductors, may possess the capability to outperform the sector in the long run.

The S&P/ TSX Capped Information Technology Index scaled up by 1.203 per cent on Thursday, October 21.

This increase was likely due to Converge Technology Solution Corp, which gained nearly seven per cent. Likewise, Constellation Software Inc also boosted the sector performance by climbing more than one per cent.

On that note, let us explore some technology stocks listed on the TSX that could perform well in future. 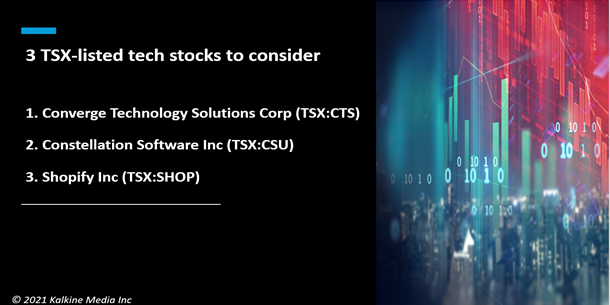 A software-enables information technology and cloud solution firm, Converge Technology Solutions Corp witnessed its stock trading at a day high of C$ 11.85 per share on October 21. 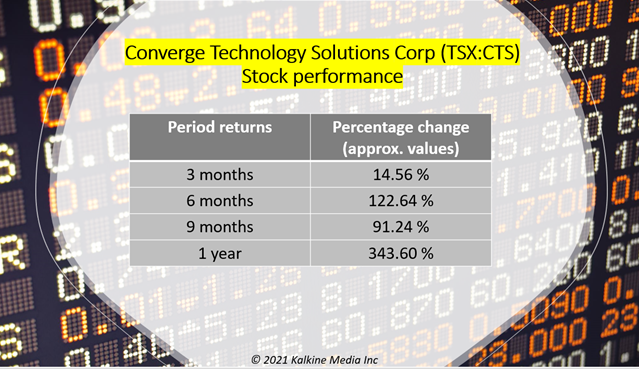 CTS stock experienced a year-over-year (YoY) surge of roughly 344 per cent. It climbed more than 137 per cent year-to-date (YTD). It also surged by almost 123 per cent in the previous six months.

Toronto-headquartered software provider Constellation Software Inc noted a closing price of C$ 2,242.74 apiece, weighing up by 1.361 per cent at the market close, on October 21.

Canadian e-commerce giant Shopify Inc saw its stock wrap up trade at C$ 1850.58 apiece, up by nearly one per cent, on October 21.

The above-mentioned tech stocks are considered among the top tech players in the Canadian market and, therefore, could be worth exploring if one is looking to invest their money for the long term.

However, before diving into any sort of investment decision, it is extremely crucial that investors gain a basic understanding of the stock market dynamics and the fundamental strength of the stocks. This practice is not done just in the hopes of good returns, but also keeping in mind their risk-return preference.