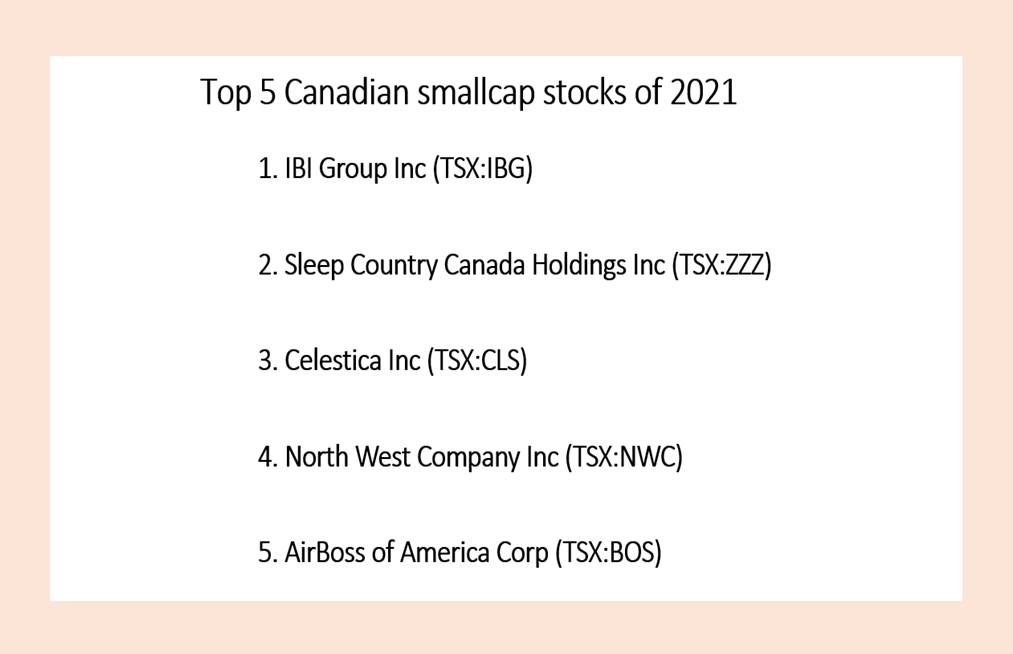 IBI Group Inc, aka IBI, provides technology-driven engineering solutions and services to clients across the United States, Canada and the United Kingdom.

Its stock closed at C$ 13.88 apiece on Wednesday, December 8, up by nearly two per cent.

Sleep Country Canada Holdings Inc is a retailer that markets mattress and bedding products in Canada.

The company also planned to expand its partnership with Walmart Canada by opening ten new stores in Walmart Supercentres in the fourth quarter of FY2021.

In the past six months, the retail stock expanded by over 29 per cent. It also climbed almost 51 per cent in the last year.

The hardware technology provider posted a revenue of US$ 1.47 billion in the third quarter of fiscal 2021, a YoY decline of five per cent.

On the other hand, its non-International Financial Reporting Standards free cash flow was US$ 27.1 million, up from US$ 15.8 million in the same quarter a year ago.

The technology stock closed at C$ 13.75 apiece on December 8, down by less than one per cent.

North West Company saw its earnings from operation grow by 5.9 per cent YoY to C$ 56.1 million in the third quarter of fiscal 2021. Its net income amounted to C$ 39.2 million in the latest quarter.

The Winnipeg, Manitoba-based retailer is expected to dole out a quarterly dividend of C$ 0.37 apiece on January 14, 2022.

The manufacturer of rubber-based products is scheduled for a quarterly dividend payment of C$ 0.10 apiece on January 17, 2022.

Also read: Which Canadian penny stocks would be a smart buy?

Smallcap stocks can help investors fetch significant returns in the future, considering right investment strategies are implemented. Investors should always prefer to invest in quality stocks as they are more likely to withstand market hiccups.