Which Canadian bank stocks to buy as dividends go up?

The Canadian benchmark index seems to be going through a rough patch amid rising concerns over the omicron variant of COVID-19.

The S&P/TSX composite index fell by nearly one per cent on Wednesday, December 1, with most sectors in red.

The financial sector, however, grew by almost two per cent on December 1 as top banks in Canada continued to release their latest earnings reports and hike dividends.

Let us have a look at some Canadian bank stocks.

The bank also announced a quarterly dividend of C$ 1 per share, which will be payable on January 29, 2022, marking a year-over-year (YoY) rise of 11 per cent. 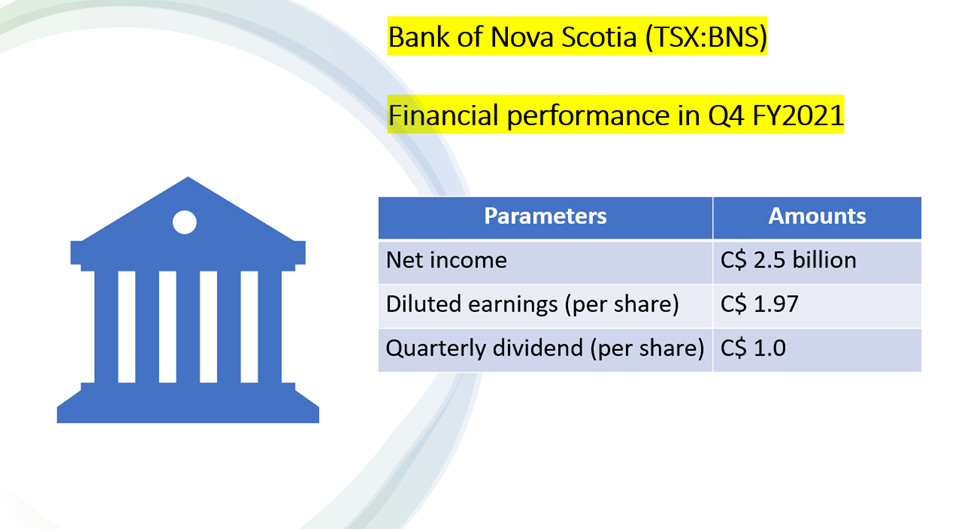 It had a market capitalization of C$ 100 billion and a return on equity (ROE) of 14.11 per cent on Thursday, December 2.

Royal Bank of Canada, which holds a market capitalization of C$ 179 billion, is one of the top Canadian lenders.

Canadian bank stocks are often the preferred by investors due to the lenders’ robust financials and fundamental background. The top bank stocks also provide regular dividend payouts, which can be another helpful factor to look at.