A recent United Nations-backed study urges the world to focus on methane emissions, arguing that reducing these would be the “strongest lever” in combating climate change over the following 25 years.

The Global Methane Assessment, compiled by Climate and Clean Air Coalition (CCAC) in partnership with the UN Environment Programme (UNEP), notes that mitigating methane would help prevent about 260,000 premature deaths.

By reducing methane emissions, which is a key component in smog, the world could also avert 775,000 annual hospital visitations related to asthma and losing 25 million tonnes of crops in a year, the study points.

While major economies primarily focus on cutting down carbon emissions, the CCAC study highlights that methane, as a greenhouse gas (GHG), has accounted for nearly 30 per cent of global warming since the pre-industrial age.

Latest data in this respect is disturbing as well. Despite observing worldwide shutdowns amid the pandemic, year 2020 reportedly saw methane emissions surge to record levels.

How To Mitigate The Methane Emissions Crisis?

The sectors of fossil fuel, waste generation and landfill, and livestock are the three major sources of methane emissions, and their levels of emissions are said to be growing at a faster rate than ever.

The latest CCAC study, however, points that the methane crisis is relatively easier to mitigate as methane breaks down faster than carbon dioxide (CO2). 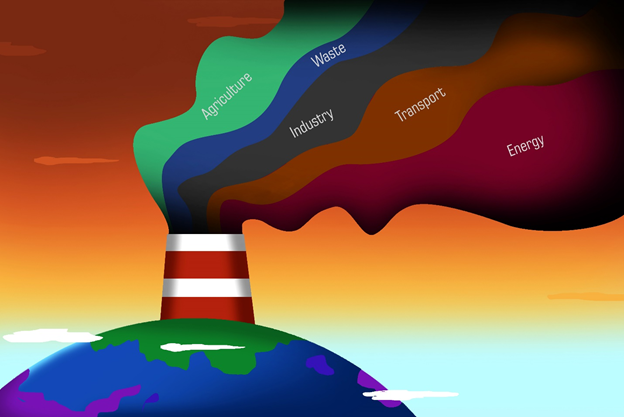 While CO2 can linger for hundreds of years, methane is said to vanish from the atmosphere in about 10 years.

As for mitigating this crisis, reports suggest that solutions can differ for each country. While European countries and India would have to focus on the waste management sector to reduce their methane emissions, China would need to turn its attention to coal and livestock. For Africa, on the other hand, the focus areas would be livestock and the oil and gas sector.

In terms of policy actions, the US Senate last month revived the Obama-era methane regulation, which would require oil and gas producers in the country to resume monitoring methane leaks in their facilities.

While checking carbon emissions remains crucial, experts point that methane is 84 per cent more potent than CO2 and urge major economies to take note of this crisis as well.