Investors often prefer to invest in stocks like utilities to fetch stable returns in the long run. Utility companies are likely to survive a potential economic recession and shocks as utility services have inelastic demand despite bullish and bearish market situations.

However, Canadian utility stocks are under stress due to the fear of an increase in interest rates. This opens the door for investors who wish to invest their money in utility stocks at comparatively lower prices and earn a stable income through dividends and fetch good returns over the years.

On that front, let us explore three utility stocks listed on the Toronto Stock Exchange (TSX). 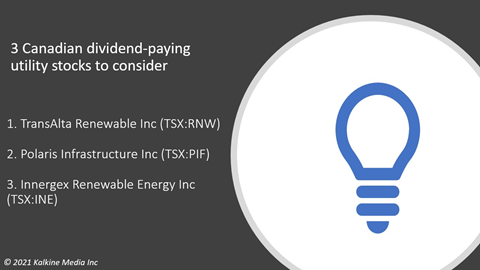 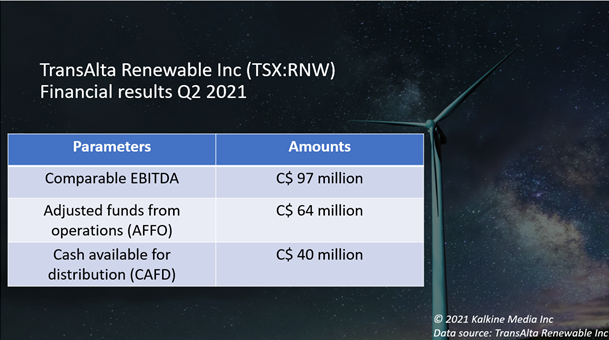 The Calgary-based utility firm reported a year-over-year (YoY) reduction of C$ 18 million in its comparable EBITDA to C$ 97 million in the second quarter of 2021. In addition, it posted adjusted funds from operations (AFFO) of C$ 64 million and cash available for distribution (CAFD) of C$ 40 million for Q2 2021.

TransAlta is active in dividend pay-outs and is expected to pay a monthly dividend of C$ 0.078 per share to its shareholders on October 29.

The stock of renewable energy company Polaris Infrastructure Inc dropped by 1.463 per cent to C$ 18.18 apiece at the market close on October 18. At this closing price, it was down by roughly 26 per cent from its 52-week high of C$ 24.41 on February 8.

The Toronto-based geothermal and hydroelectricity provider reported revenue of C$ 14.2 million from energy sales and net earnings of C$ 0.2 million attributable to owners for the second quarter of 2021.

Innergex Renewable Energy, in the second quarter of 2021, reported revenue of 0.17 million and net earnings of 0.05 million.

The above-mentioned utility stocks provide an opportunity for investors to invest their money in utility stocks which provide stable returns over the long term and fetch regular dividend income to its shareholders.

However, before buying any utility stock, investors should go through the business, stock performance, financial results, and other such factors to ensure the company's financial strength to overcome any market resistance.