Few facts in reference to the Australian oil & gas industry:

Is it not intriguing? It is.

Also, as the most prominent production comes from the Carnarvon Basin, an important question arises- Are the other oil basins in Australia important? And the answer is Yes!

Today, we will discuss about the Perth Basin, a prospective unexplored basin in Western Australia.

The Perth Basin is a large basin spanning ~174,000 square kilometres in the both onshore and offshore parts of Western Australia. 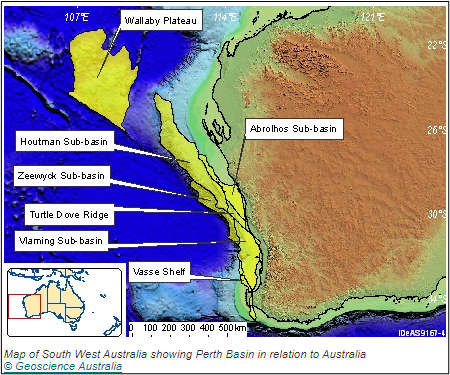 The onshore region is accessible almost throughout the basin. The onshore Perth basin is a sedimentary basin spanning over 1,000 kilometres in length covering almost 50,000 km2. It covers almost 400 wells, including more than 204 petroleum exploration wells, 166 extension and development wells, and 37 stratigraphic wells, as at August 2017.

The basin hosts major petroleum industry establishments including 2 large gas pipelines with an extensive well-built network of roads and highways and of course, the Australia’s largest refinery by capacity, BP’s Kwinana refinery (8.6 billion litres per year). 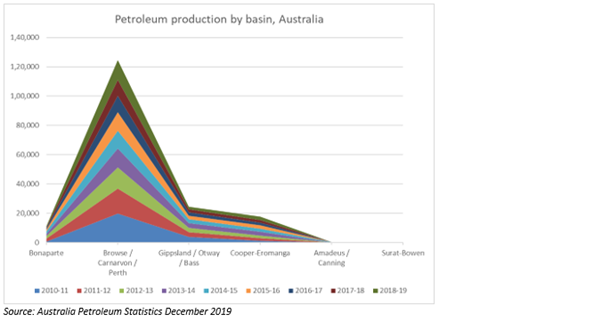 The Perth basin hosts the exploration assets by industry well knowns such as Strike Energy, Warrego Energy and Norwest Energy.

As of late-2018, Triangle Energy (Global) Ltd (ASX:TEG) remains the only oil producer in the Perth Basin, with Cliff Head facilities being the only offshore and operational onshore infrastructure in the highly prospective and under-explored Perth Basin.

The production licence WA-31-L for the Cliff Head Oil Field (TEG holding a 78.75% stake) covers an area of more than 72km², with the field spreading over 6km².

The Cliff Head Alpha platform is located almost 11 kilometres offshore from the Western Australian coast at a shallow water depth of 15-20 metres. Cliff Head’s commencement in 2006 was a milestone for the entire Perth basin, as it was the first commercial oil facility in the basin.

The Australian refineries produce lighter & middle distillate products with lesser demand for heavy products such as fuel oil. The implementation of IMO 2020 amendment restricts the usage of marine fuels with more than 0.5% sulphur, thereby increasing the demand for sweeter crude oil.

The most desirable crude oil for Australian refineries is the light sweet crude oil, which even upon blending with heavier crude oil would result in a higher fraction of light and middle distillate products.

Cliff Head produces light sweet crude oil with an API of ~330 (Light Crude Oil), which enables the Company to receive a higher sales price based on the sweet Brent Crude benchmark prices.

The Company expects to further extend economic life at the Cliff Head operations with higher throughput of over 4,000 bpd by 2021 while targeting to build a stronger portfolio of producing assets in the years to come.