Based in Perth, Western Australia, Triangle Energy (Global) Ltd (ASX:TEG) is an oil producer & explorer, focusing on strengthening its position in the highly prospective and underexplored Perth Basin.

Why Perth Basin for Triangle Energy?

Perth Basin still remains vastly unexplored, and with the success of the Cliff Head operations producing in excess of 1,000 bopd, TEG sees the basin as a big opportunity to develop as a bigger player in the domestic oil industry with priority to assets closer to its current offshore facilities.

The crude oil, condensate and LPG resources in the Perth Basin remains one of the least explored among the most prominent basins of Australia. 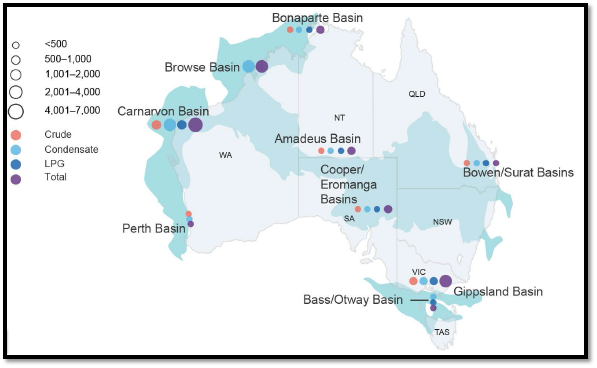 The calendar year 2019 attributable gross cashflow was estimated at $21.5 million, based on the results from the first half of 2019 and forecast value of the second half.

As of 30 September 2019, Triangle also held a cash of $5.48 million (including $1.51 million in escrow) and a debt of only $0.871 million. With the strong fundamental as reported and estimated by the company, the market capitalisation of TEG at $21.5 million expects to be corrected to a higher value in future, given the investment has a value $29.74 million (33.34% stake in Stake Gas).

On 17 July 2018, Triangle Energy (Operations) Pty Ltd, an operating associate of TEG, became the operator of the Cliff Head Joint Venture. The Cliff Head facilities are important for any development in the surrounding area, as they are the only facilities in the basin.

Crude oil from an unmanned offshore platform is transported to the dedicated stabilisation processing plant at Arrowsmith via a 14-kilometre-long pipeline. The Arrowsmith stabilisation processing plant has a capacity of 15,000 bopd, almost 15 times the current capacity of the field, and, therefore, processes crude oil from third party oil rigs, bringing extra revenue stream through it and gaining the understanding of the multiple regions in the Perth Basin.

The estimated December quarter production comes out as 74,315 barrels, a 3.85% increase with a daily average of 826 bopd against 778 bopd in the previous quarter.

TEG has been exploring and developing field prospects within the Cliff Head Oil Field with the objective to expand production and the economic life of the offshore Cliff Head Alpha platform, and onshore Arrowsmith Stabilisation Plant. Current reserves at Cliff Head stands at 1.71MMstb (million stock tank barrels).

Consequently, several prospects have been shortlisted to undertake the Final Investment Decisions (FID) as a result of the drilling and exploration programs. Such opportunities would provide new production streams and help in the expansion of long Cliff Head operations.

Triangle owns a 45% interest in the TP/15 Xanadu Joint Venture, also located in the Perth Basin. The permit covers an area of 645km2 and is located close to Port Denison. One of the partners, Norwest Energy NL, operates the Joint Venture.

During 2019, a seismic programme was conducted at the project, demonstrating encouraging results strengthening the dream of the JV partners to define the structure of the Xanadu project. Directional drilling techniques were used in Xanadu-1, from an onshore location to an offshore target at a depth of 2,035 metres.

The results from the seismic study might help in evaluating the economics of the project. The drilling program for Xanadu-2 prospect is scheduled for mid-2020. TEG intends to work in synergy with its partners to agree on a budget and future program to identify future prospects in future.

Triangle owns a 33.34% stake in State Gas Limited, which was made public in 2017, raising $5.25 million. State Gas owns (80%) and operates in the Reid’s Dome property, located in the Bowen Basin in Queensland.

Australia - largest LNG exporter in the world; Way Ahead!: Must Read

Aldinga East 1A is planned to be drilled to a depth of 1,200 metres to investigate the gas prospects in the northern area of the property. State Gas reported its maiden production from Reid’s Dome well and produces almost 120,000 SCF (standard cubic feet) a day in Reid Dome at a depth of 702 metres.

The flagship Cliff Head operations in the underexplored Perth Basin are complemented by the operating State Gas’ Reid’s Dome property in Queensland, along with advance future prospects such as the Xanadu venture and the Mt Horner, ensuring long and varied revenue streams for Triangle Energy and also, further exploration and development of Perth Basin.