In the current times, digital transformation has been pushing numerous entities across different industry sectors forward, transforming their business models and bestowing opportunities for value addition and enlarge revenue streams.

Notably, in the digital era, firms that are offering digital solutions tend to have a competitive edge in the competitive business environment, accelerating growth.

Did you read; ASX Tech Stocks Tumble on Wall Street Cues, Have They Entered a Bear Market? CPU, APX, TNE

The technology space is burgeoning which is exemplified by the technology bellwether index, NASDAQ, which stormed higher and closed at 11,141.56 points, after hitting a high of 11,217.69 intra-day, as on 9 September 2020.

Do read; Technology Space in the face of COVID-19; Investment Tips for Tech Stocks

The recent rally has come on the back of the impressive performance by various growing tech stocks such as Alcidion, Megaport, Appen, Netlinkz and many more.

With this backdrop let us apprise ourselves with three ASX-listed technology stocks that have contributed in the current rally.

On 10 September 2020, the Company released FY2020 results and highlighted the boosted business performance during the period. 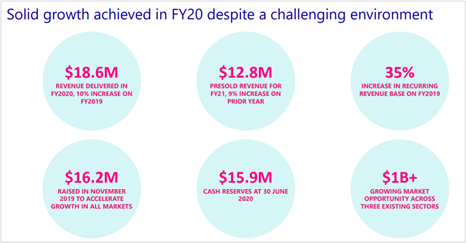 Following were the highlights of the impressive business performance of ALC:

Furthermore, the boosted cash reserves would aid in planned investment and stabilisation of cost base in FY21.

Notably, the Company possesses a robust pipeline of potential business, notwithstanding a few short-term delays to signed contracts.

Also, read; Why ASX Tech stocks have been rallying and what is this small stock Limeade all about

In the quarterly rebalance of the S&P Dow Jones indices unveiled on 4 September 2020, it was notified that Appen is due for inclusion in S&P/ASX 100 Index on 21 September 2020.

The swelled sales were ascribed to current projects with the existing client base and few new projects from both existing, as well as new clients. 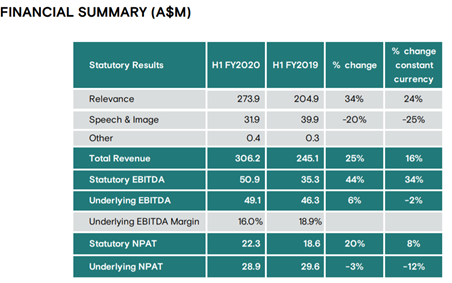 Other highlights of the enlarged financial performance of ASX listed Appen for 1H FY20 are as follows:

On the outlook front, Appen expects to record underlying EBITDA in the range of AU$125 – AU$130 million during FY20.

It is worth noting that these remarkable results were driven primarily by expansion into numerous geographies across Europe, Asia Pacific, and North America.