The company has secured access to seismic data that will help in determining suitable drilling locations for upcoming exploration and appraisal wells at the Icewine East project.

Moreover, there has been a considerable increase in production from the Project Longhorn conventional oil & gas production assets.

88E has inked a licensing agreement with SAExploration, Inc. for the use of Franklin Bluffs 3D seismic survey data (FB3D). The initial licence fee includes as part payment US$1.0 million in fully paid new ordinary shares in 88E (the issuance of 181 million new shares at AU$0.008 per share).

The data covers ~86 square miles and extends over the eastern section of the project where the Shelf Margin Delta (SMD), Slope Fan Set (SFS) and Basin Floor Fan (BFF) play fairways have been independently mapped.

Moreover, the data will be used to secure prospective farm-out partners for due diligence program. 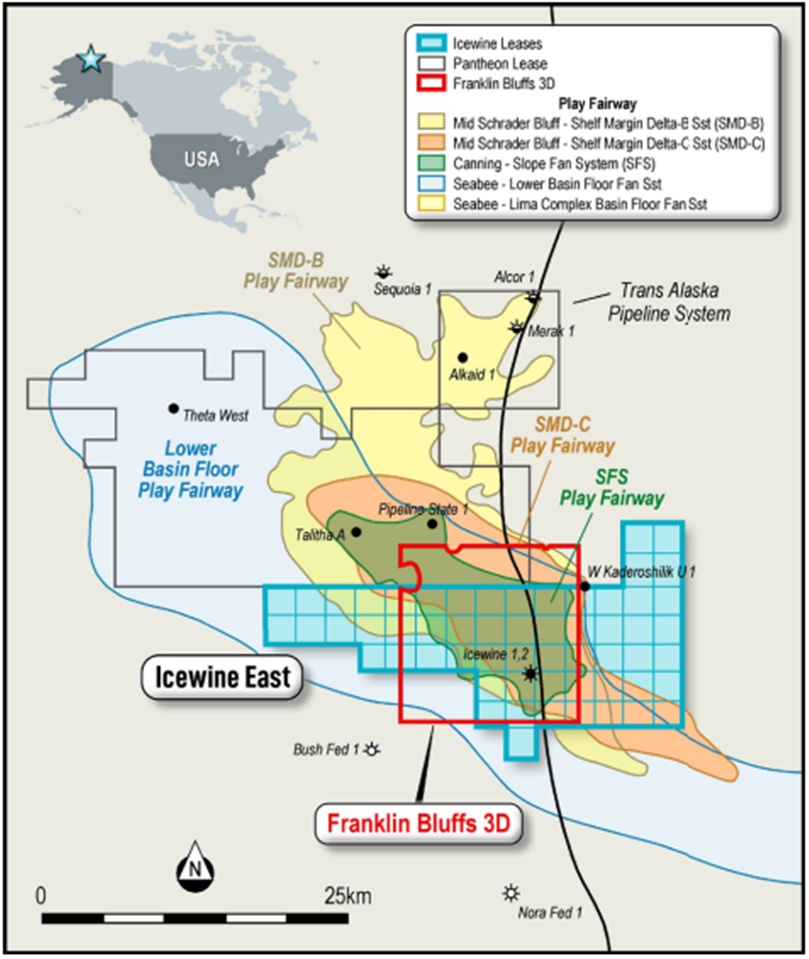 88E is currently engaged in finalising plans for 2023, including the drilling of an exploration well over the Icewine East acreage and a minimum of one flow test from several Brookian reservoirs mapped on the project. These reservoirs are the same reservoirs that are nearby Pantheon wells, including Alkaid-1, Talitha-A and Theta West-1, and have flowed 35⁰ to 40⁰ API oil.

Moreover, 88E is continuing with its planned farm-out of the Icewine East acreage.

88E has reported the successful completion of the first three of seven planned capital-efficient workovers on time and on budget at the Project Longhorn. The workovers have delivered substantial growth to the total oil & gas production rates of the project.

Subsequent to the finalisation of the third workover at the end of May, the production surpassed 650 BOE per day gross at initial production rates. 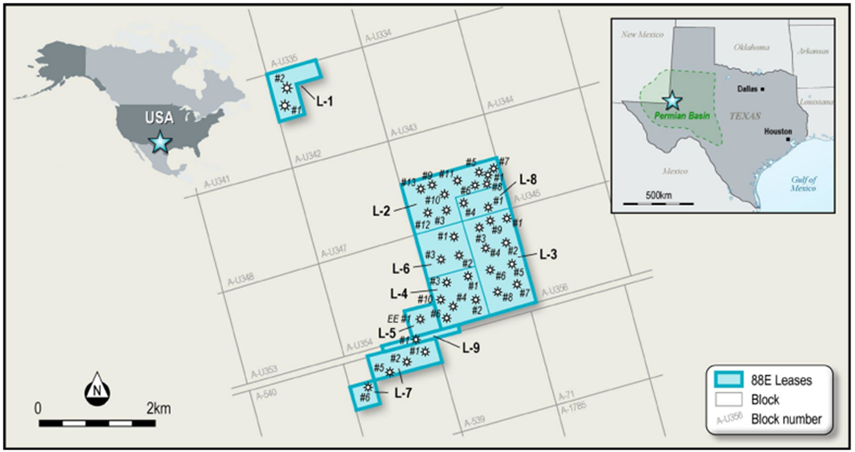 In July, 88E expects the daily production rates to settle at approximately 500 BOE per day gross, indicating approximately 70% jump in production since the acquisition in mid-February this year.

The elevated production offers further exposure to higher WTI oil and gas price environment and fast tracks payback on the asset acquisition as well as capital investment in the workovers.

The joint venture participants at the Project Longhorn have agreed to expedite the outstanding four planned workovers.

Furthermore, 88E has also agreed to partly finance its share of the expected US$3.5 million in development capital through the issue of US$3.0 million in 88E shares to Lonestar I, LLC. The funds will be used for working capital contributions of Longhorn towards the remaining CY222 capital development program.

The targeted seven capital development activities at the project are expected to be concluded earlier than planned in Q4 2022.